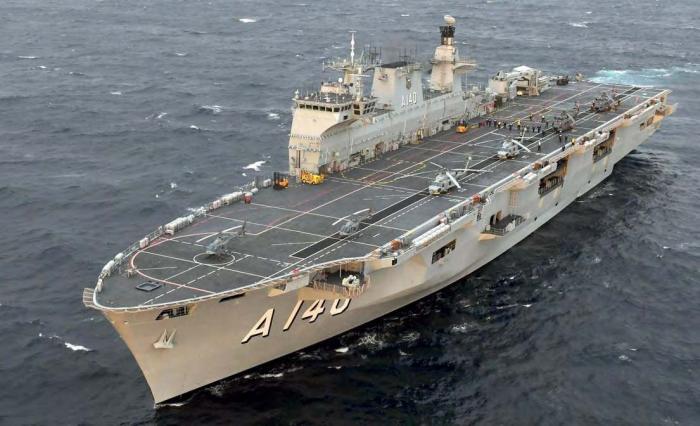 FORMER ROYAL Navy Fleet Flagship, HMS Ocean, has arrived in Brazil. Renamed PHM Atlântico, the amphibious assault ship took on a Brazilian crew in the UK during August and docked in Rio de Janeiro on 3 September. The vessel is expected to become fully operational in 2020.

Ocean was sold to Brazil for more £84.6m earlier this year and following her decommissioning began a four-month period of maintenance and refurbishment before sailing to her new home port. In July, she was recommissioned as the Atlântico, and following the embarkation of Brazilian Navy helicopters on 22 August, has been cleared for aerial operations.

Atlântico offers a step up in Brazilian capabilities, however, the sale met some criticism in the UK. With no like-for-like replacement critics have highlighted the capability gap left by Ocean’s sale – blaming service cutbacks and noting the first of two Queen Elizabeth-class carriers, due to become operational in 2020, is not a dedicated replacement.