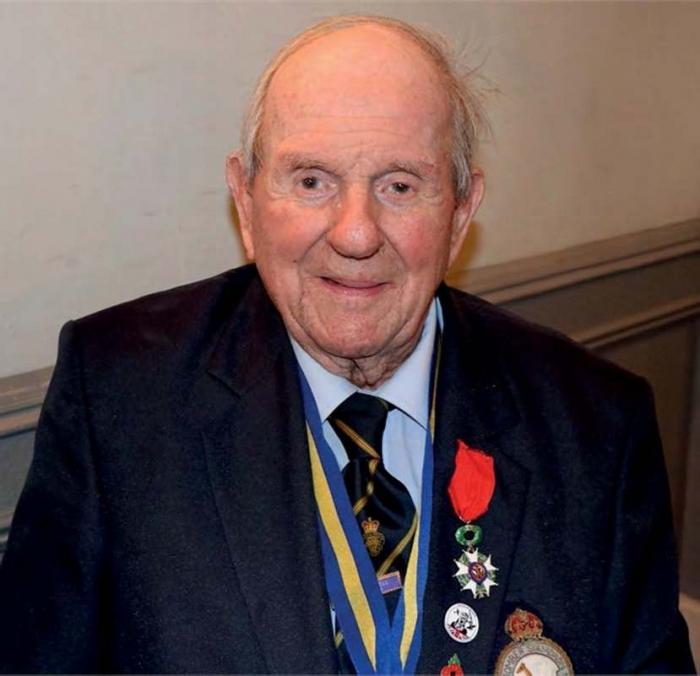 A BOMBER Command veteran who flew 34 missions over France during the Second World War has been appointed a Chevalier in the Ordre National de la Légion d’Honneur in September, writes Melody Foreman. Flt Lt Colin Deverell DFM, 94, from east Kent, was a 19-year-old flight engineer when he was aboard a Lancaster taking part in raids from May to December 1943.

In January 1944 he joined a crew flying Stirling bombers from RAF Tuddenham in Suffolk to assist the Special Operations Executive. The aircraft carried tanks of fuel and flew overnight to Lyons and onto the Swiss border to parachute-drop wireless equipment, weapons and food to the French Resistance.

Colin revealed how the return journey to England was perilous as the flak from German gunners on the ground was intense. During one flight he had to tackle a cockpit fire with a blanket. The crew faced extreme danger on every trip. The French Ambassador to London Jean-Pierre Jouyet said: „The Légion d’Honneur recognises Colin’s military engagement and steadfast involvement in the liberation of France during the Second World War. We owe our freedom and security to his dedication, because he was ready to risk his life.“