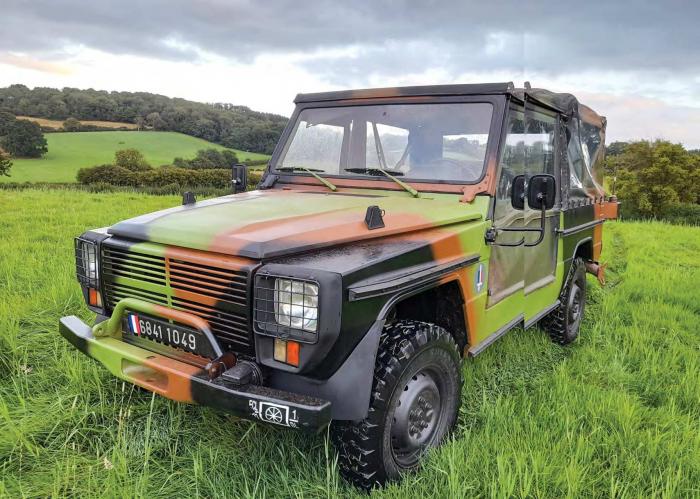 Owner Baz England-Davis said he fell in love with the large angular body, big windscreen and square headlamps of the P4

have had several French soft skins, and currently run a low mileage Hotchkiss M201. Wanting to add to my growing collection of French vehicles, I decided – as the French Army did – to ‘upgrade’ and purchased a Peugeot P4 to drive instead of my Hotchkiss.

When the French realised the Hotchkiss was rapidly becoming obsolete, the government investigated replacing it with a homegrown product to be launched in the late 1970s. After abortive attempts to get the French motor industry interested in a small order of military vehicles, it was thought joint ventures could create the necessary volumes of units needed to interest larger motor manufacturers across Europe.

France approached Germany as the country was replacing its homegrown vehicle fleet, and a joint plan was devised to produce a vehicle based on the Mercedes ‘G Wagen’.