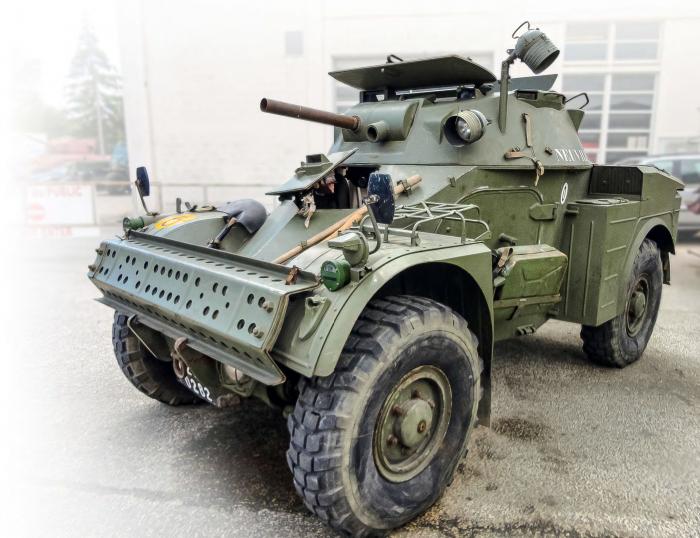 Left-hand view of Saumur’s AML-60. This is painted in French Olive Green

There have been mixed opinions on the value of armoured cars, particularly concerning four-wheeled vehicles. The US armoured forces did not value their contribution in World War Two and discontinued their development and service. Other nations such as Britain and France found them useful for reconnaissance and policing and went on to develop successful vehicles after 1945. France produced a great example in the Panhard AML, but its Gallic flair was based on a solid British design.