Our congratulations to ‘Harry’ Billinge, a former Royal Engineer who has been appointed MBE for his services to charitable fundraising. 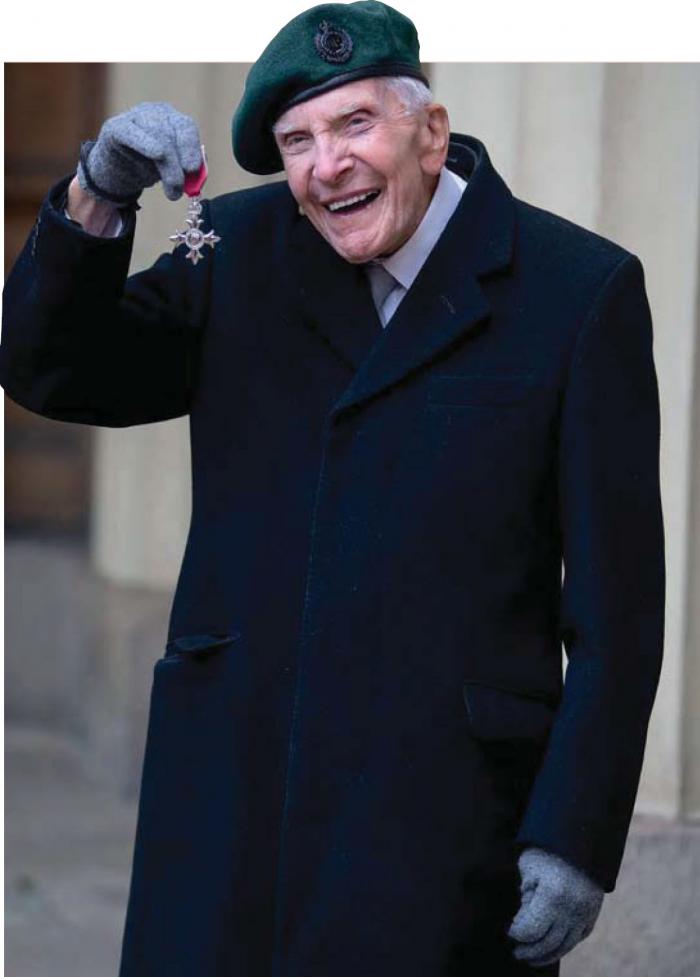 The 94-year-old veteran from St Austell, Cornwall, landed on Gold Beach on June 6, 1944, and has collected for the Royal British Legion’s Poppy Appeal for 64 years, as well as being an active supporter of the Normandy Memorial Trust. He was invested with his MBE by HM the Queen in March in recognition of his unwavering efforts to raise money for a national memorial to commemorate the more than 22,000 British service personnel killed during D-Day and the subsequent 77-day Normandy campaign. He said he accepted the honour in memory of the “fellas what never came back”.

The sapper – whose real name is Horace – has become a celebrity of sorts in recent months and is famously modest. In 2019, when interviewed by the BBC during the 75th anniversary commemorations of D-Day, he said: “Don’t thank me and don’t say I am a hero… All the heroes are dead, and I will never forget them as long as I live.” He later described landing in Normandy to the Press Association as “Hell on Earth”, telling of the horrific violence and the sea being red with blood. Last June, he returned to Normandy to witness the unveiling of the memorial’s first foundation stones..