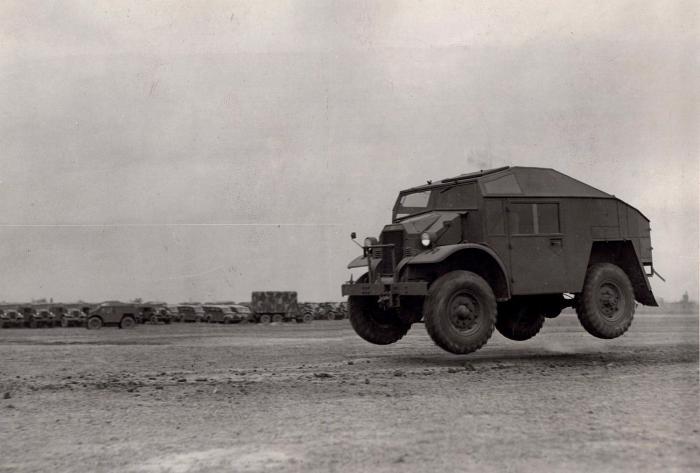 The original caption for this Ontario photograph, that was passed by the censor in January 1941, reads, “Testing Ground: Each vehicle is given rigid tests to ensure that nothing will go wrong on the field of battle. A gun tractor is shown here as it goes bouncing across the testing ground.” There is no mention of what this Field Artillery Tractor (FAT) was driven over to get off the ground so spectacularly. This FAT is the 1941 Canadian Military Pattern (CMP) Ford with a No11 cab on the 101in wheelbase version of the Ford FGT chassis. It was powered by Ford’s venerable, 95bhp, flathead V8 and had a 4x4 system based on the Marmon-Harrington type

It seems that for the potential restorer of a World War One vehicle the best place to find a candidate is still France. You are unlikely to find a British-built vehicle, but ones of American or French origin do have a habit of turning up.