This Opel Blitz and Flak 38 combination have proved a real head turner. Michiel Peeters finds out more about the restoration 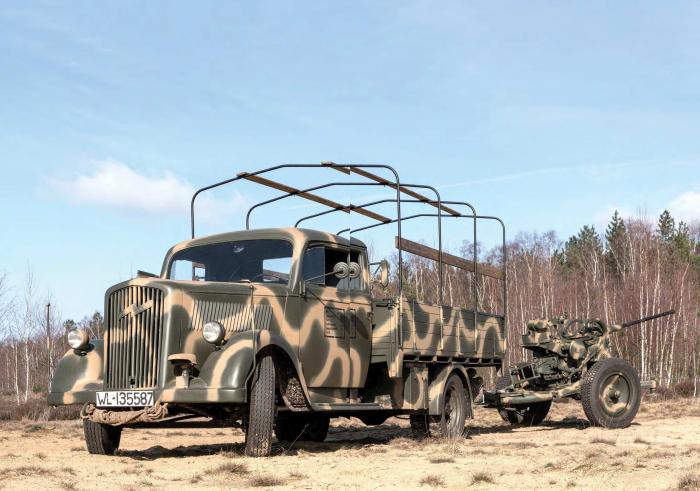 A classic military vehicle enthusiast in Belgium has transformed a 1949 Opel Blitz into a World War Two-era German Army replica The restorer, who requested not to have his name mentioned, bought the vehicle in August last year.

It was originally registered in Switzerland and transported to the Netherlands around 2016 where it was partially restored by the then owner. Mechanically it was in excellent condition, however, the new owner set about creating a new load bed for the truck as the original wooden floor was in a poor state and could not carry a load.

The vehicle was given a mechanical onceover to ensure it was safe to drive on the road, while parts were replaced to ensure it was in line with wartime models, including fitting brake and Notek driving lights.