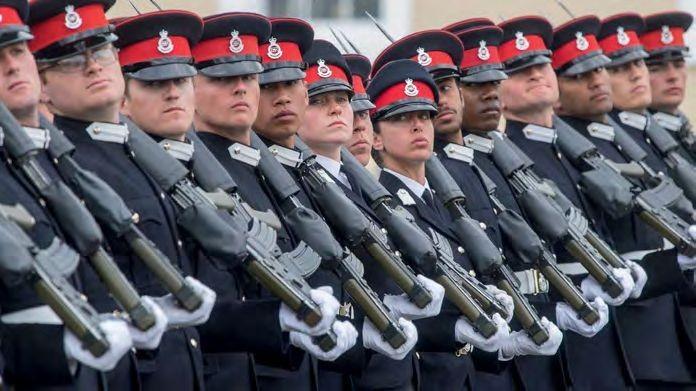 Last year David Cameron announced that hundreds of years of military tradition would be overturned and women would be allowed to serve in close combat roles.

Women had previously been barred from jobs where their primary function would be to kill the enemy, but this year, one of 17 female British Army cadets graduating from the Royal Military Academy, Sandhurst in Surrey, has been commissioned into the Royal Tank Regiment and will now begin her 20-week training to qualify as a Royal Armoured Corps Troop Leader. Hers are not the only combat boots on the glass ceiling: across the Atlantic, Second Lt Lillian Polatchek made history this month when she became the first female graduate of the Army’s Armor Basic Officer Leaders Course, and the first woman to lead a marine tank platoon. Polatchek graduated from the Army-led Basic Armor Officer Leaders Course at Fort Benning, Georgia, at the top of her class of 67 marines and soldiers, stealing a march on her male colleagues.