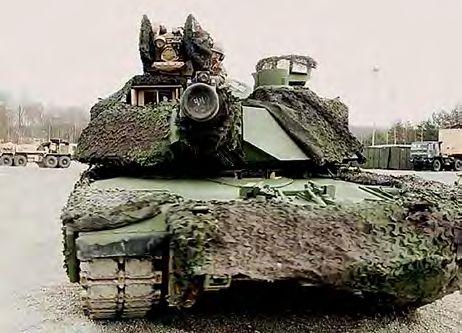 American Army M1 tanks and trucks began arriving in Europe in January in reaction to a perceived increase in threat from Russia. After years of combat in the Middle East, the US Army M1 Abrams tanks and combat vehicles still sport their desert-coloured livery. This became a challenge for Lt Gen Ben Hodges, commander of US Army Europe, when hundreds of M1s began flowing into Europe’s woodland landscape. He observes that: “Nothing says transient like a tan tank in Europe,” adding that green has become “a strategic communications element for us”. A programme to repaint is underway.