In 1900 the British War Office formed the Mechanical Transport Committee to consider the use and purchase of steam and internal combustion engine transport as a replacement for horse transport.

A series of trials were arranged where manufacturers would compete against one another in a range of tests to win a cash prize. The first trials were won by steam wagons while those powered by internal combustion engines demonstrated a distinct lack of reliability. 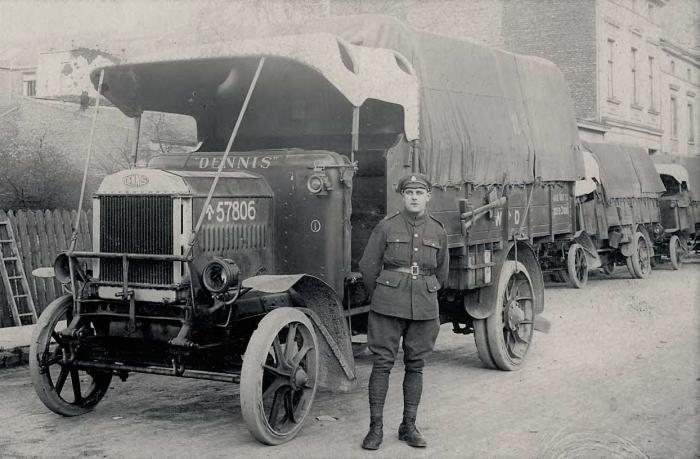 Dennis failed the first trial as the 30hp Aster engine lacked in power, but passed in 1914 when fitted with a 40hp White and Poppe engine

With improvements in design the capability of the internal combustion engine was demonstrated in 1908 when 500 troops were quickly transported in 24 London omnibuses from London to Shoeburyness and again in 1909 when a complete Battalion of Guardsmen was transported to Hastings in 286 cars and 30 trucks.