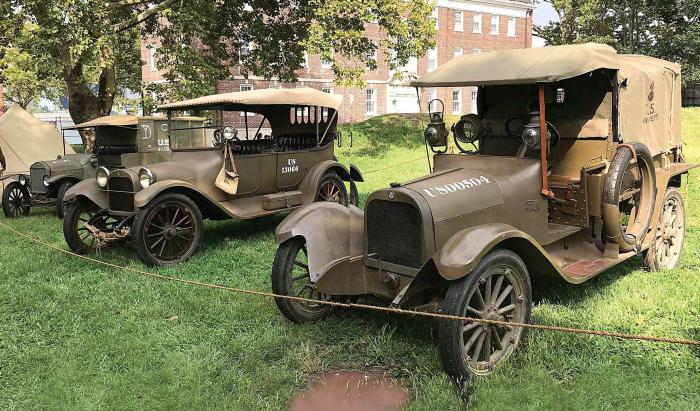 Would you like to go in halves with me on a 1917 US Army Dodge Car? So commenced  another late-night phone call with one of my Dorset friends. I already had too many vehicles and not enough space, which when combined with other pressing issues such as children, mortgage, credit card bills and an impending job redundancy, there was only one answer I could give. “Tell me more,” I replied.

The Dodge was part of an overseas collection that was being put up for sale. The three photographs were indistinct but certainly showed a Dodge touring car in a military paint scheme. The documents which came with it however provided a great deal of interesting information.