Throughout the First World War, the many announcements of British and Commonwealth gallantry awards appeared in the various issues of The London Gazette. As part of our major monthly series covering the period of the Great War commemorations, we examine some of the actions involved and summarise all of the awards announced in July 1918. 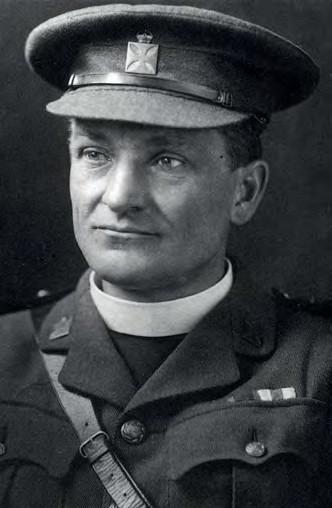 The Reverend Theodore Bayley Hardy VC, DSO MC. One of four chaplains who have been awarded the Victoria Cross.

Among the 4,720 awards gazetted in July 1918 were three distinct groups. The first, mentioned in a previous issue, was the list of ‘immediate Military Rewards’ which was ‘conferred on Regimental Officers, Noncommissioned Officers and Men’ by the General Officer Commanding-in-Chief the British Forces in East Africa. This batch of awards, 124 in total, consisted of one Distinguished Service Order, 14 Military Crosses (of which four were Bars), five Distinguished Conduct Medals and 104 Military Medals.