Having fun and raising funds 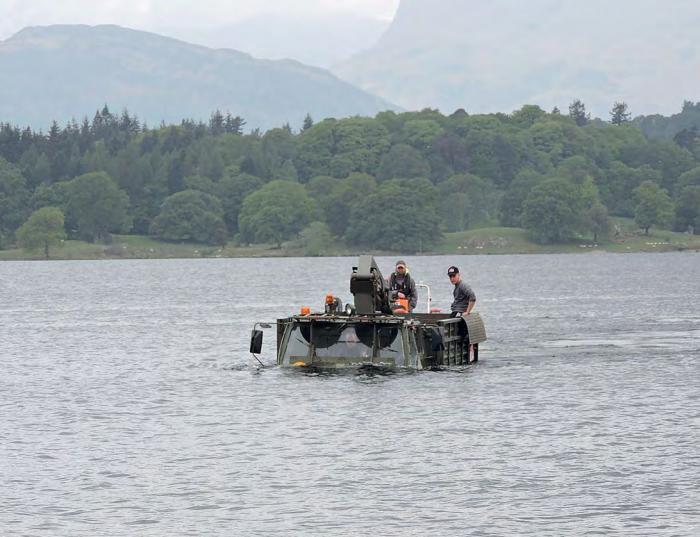 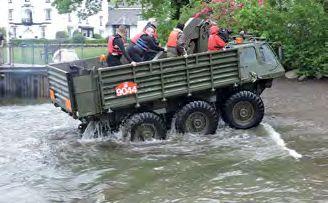 The NEMVC’s own vehicles put to use during the event 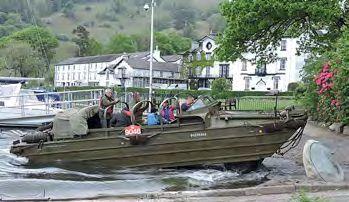 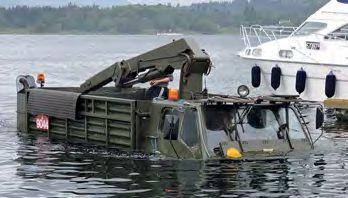 Twenty members of the club, along with their vehicles, joined 25 mixed military personnel from Phoenix House, the Help the Heroes Recovery Centre, Catterick Garrison, North Yorkshire.

During the event they were able to launch and use three amphibious vehicles, a World War Two DUKW owned by Simon and Julia Bromley of Blackburn, an Alvis Stalwart owned by Aaron Whittaker of Birmingham and the GAZ46 of Lewis Evans of Carnforth.

Everyone attending got the opportunity to travel in and drive these splendid machines, which spent at least three hours a day on the water, only coming ashore to change passengers and crew. When not taking part in the amphibious outings the military personnel were able to take part in the many water-sports available at the Low Wood Bay Water Sports Centre including fly boarding, wild swimming and wind surfing. Participants also had the opportunity to enjoy road-runs in Jeeps out to some of the more spectacular views and mountain passes of the Lake District. 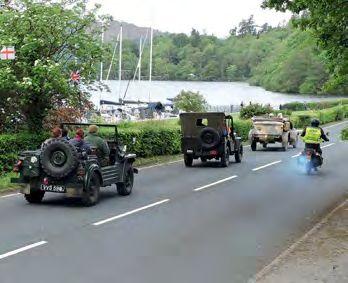 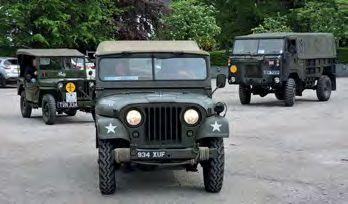 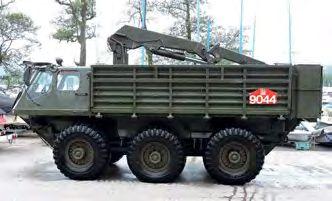 The club would like to express their gratitude to Cumbria County Council, Low Wood Water Sports Centre, the Big Lottery Fund, the Help for Heroes organisation and crucially, David Forster.

David was watching a documentary about Help for Heroes in 2014, and wondered how he could get involved and help injured soldiers. As a member of the North East Military Vehicle Club he came up with the idea of taking their fleet of their World War Two vehicles to the Lake District and inviting some ex-service men and women along for the ride. Supported by his wife, Doris Ann, and members of the Military Vehicle Club, David has worked tirelessly to make it happen including undertaking the laborious task of applying for lottery funding. All the hard work paid off though when the club was the winner of last year’s People’s Project Award and secured £49,440 funding which has enabled the project to expand. 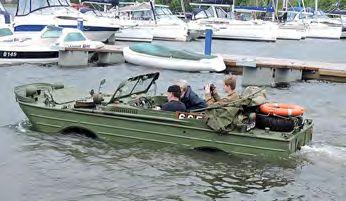 The GAZ46, not designed for pleasure rides, can only fit a couple of passengers at a time