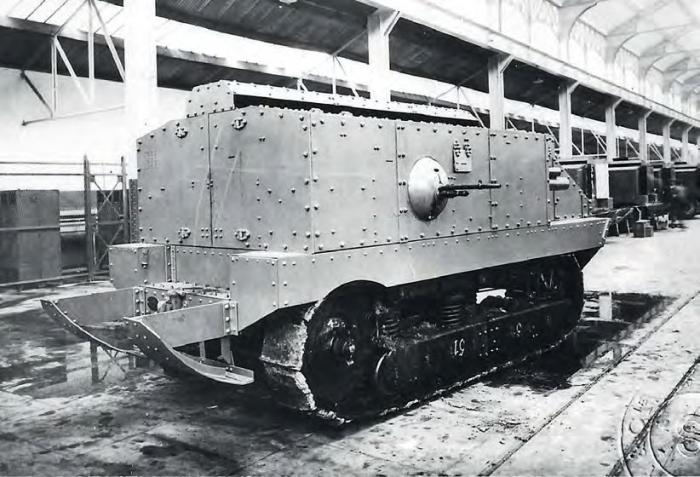 A photo taken in the Schneider factory showing a new tank, ready to leave. Here we have an excellent view of the two skids at the back and the double doors, the normal way in
pictures archive

What stands out when you start to investigate this subject is the extent to which the initial development of tanks in France and Britain was so similar. Not just the struggle against official discouragement, but even down to the role of individuals, which seem to parallel one another to a quite striking degree.

And yet the tanks they came up with were quite different. George Smith Patton, then only a major, wrote an article about them in the American Cavalry Journal before the war. In it he claimed that the French designed and built their tanks before Britain, but they built them as armoured personnel carriers and only adapted them into fighting tanks, with guns, when they observed what the British had done.