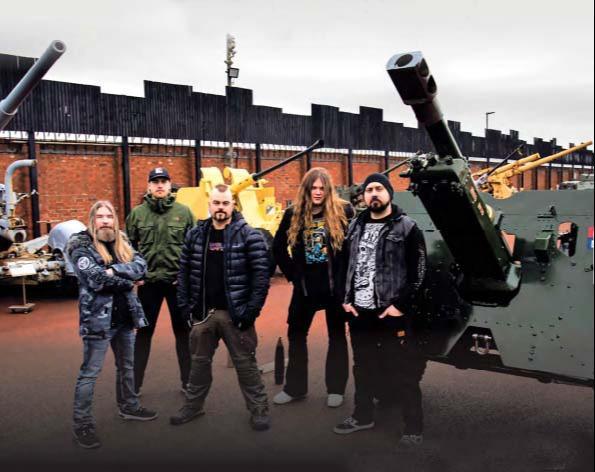 After hearing about the plight of the Heugh Battery Museum in Hartlepool which was in danger of closure due to a lack of funding, Swedish metal band Sabaton started a charity drive to help save the facility. The band, which sings about military history, raised more than £4,000 from the sales of a specially designed T-shirt, which helped put the museum’s crowdfunder project well over its target.

Manager Diane Stephens invited them to fire the ordnance quick-firing 25-pounder, an original British field gun from World War Two which is kept at the museum. The gun is used on ceremonial occasions and at public events as a saluting gun and fired only on special occasions such as Remembrance Sunday, Armed Forces Day, Bombardment Commemoration Day, and to mark the Queen’s Jubilee.