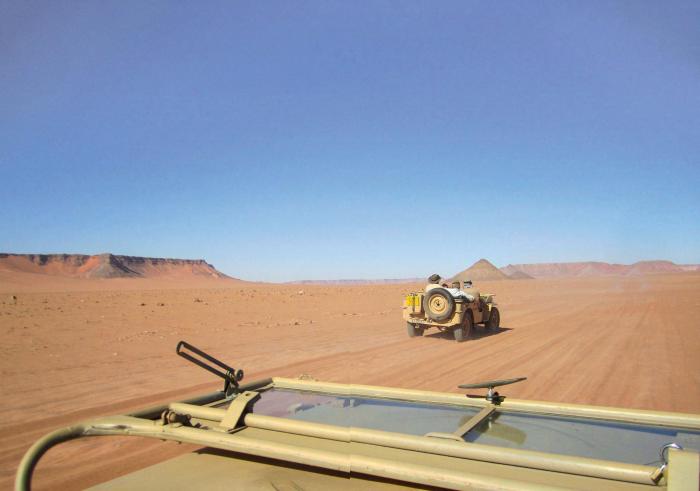 Flat out through an inter-dune corridor in an old Jeep is the stuff of dreams, but regular checks on everything are vital

With some years having elapsed since our epic Saharan Long Range Desert Group (LRDG) trip in 2012 it was time for me to do something with the 1943 Ford GPW I had shoved, rather unceremoniously, in a lock-up garage on our return. I knew there were a few mechanical issues that needed sorting out and felt that the time was right to address these.

Back in 2012, a small group of us took two matched replica LRDG Jeeps to Egypt – a 1943 Ford GPW and a 1943 Willys MB. We drove an impressive 1,100 miles following routes used by the LRDG on raids and during reconnaissance missions throughout the Western Desert.

We drove as far south as Jebel Uwainat on the northern border of Sudan and west as far as the Libyan border, before heading north through the Great Sand Sea to the old LRDG base of Siwa.