Craig Moore reports on ‘Hemlock III’, an original M24 Chaffee tank brought back to life after years of disrepair 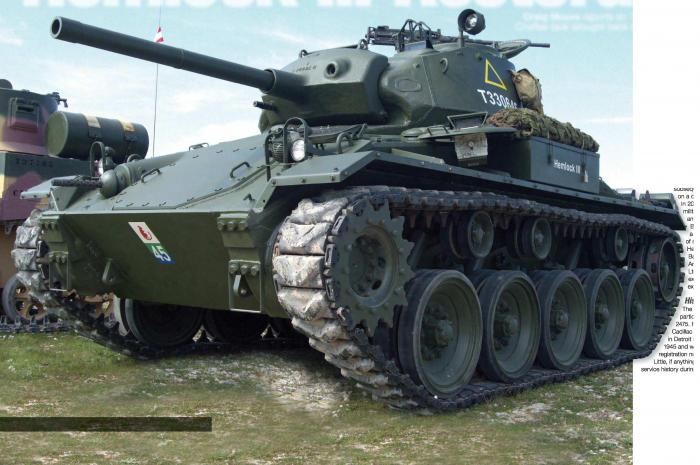 Following the end of World War Two, this M24 Chaffee tank saw extensive service with the Danish Army. When the vehicle was eventually replaced by a more modern tank, it spent many years on a concrete plinth as a gate guardian in Denmark. Unfortunately, all the belly plate drain plugs were left in – the normal practice is to remove them so that any water ingress can drain away. After a while, tanks will inevitably let in water as rubber seals perish. For many years though, with water unable to drain away, this tank was filled to a depth of around two feet – covering the floor ammo racks.

Eventually, the vehicle was purchased from the Danish army by a private collector and was shipped to the UK – subsequently being stored on a driveway in Watford. In 2016 it was sold to military vehicle enthusiast and collector William Bannister, along with a substantial amount of spares for restoration. He commissioned Gavin Barlow and his team at Armoured Engineering Ltd to conduct an extensive internal and external restoration.