Three of the very few surviving Series IIA 109in SAS Pink Panthers tour the shows together, drawing a crowd of admirers wherever they go 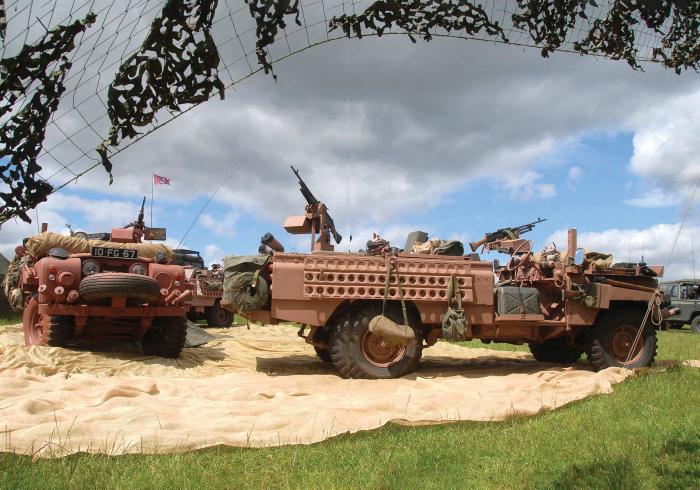 The Land Rover Series IIA SAS Pink Panther is one very rare vehicle and from a very small initial build number, significantly fewer than half are known to have survived their service days.

When rumours began that three were visiting a few of the British shows in 2019 on the same stand, this wasn’t an opportunity to be missed.