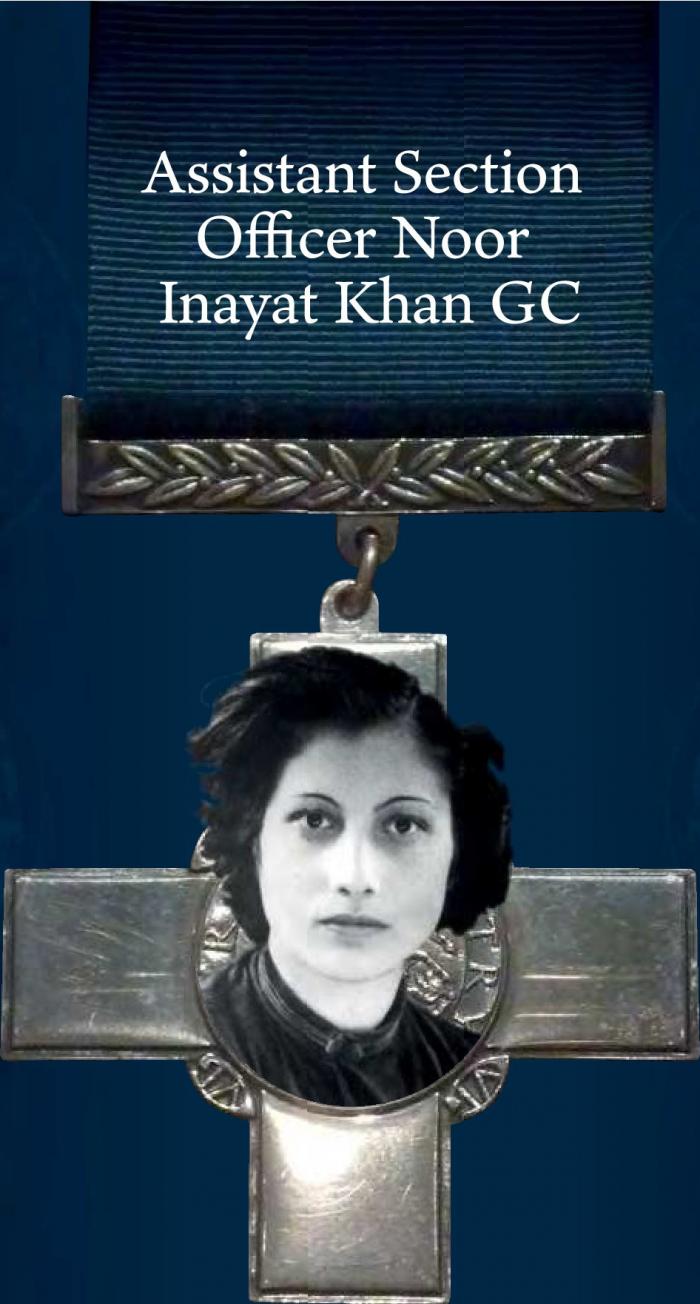 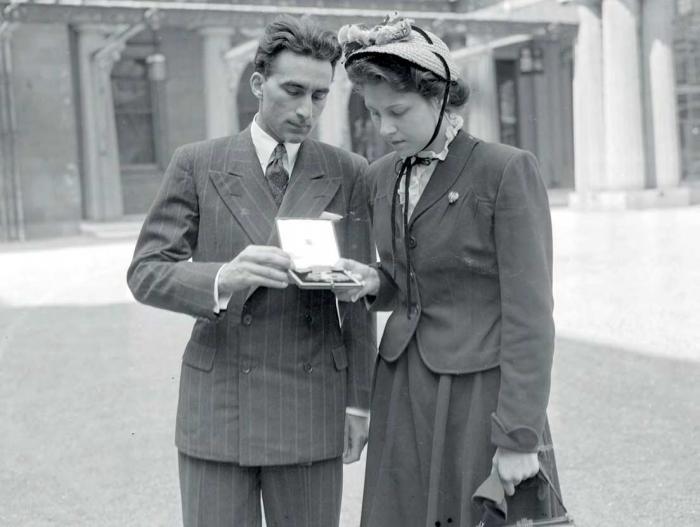 TWO OF NOOR'S SIBLINGS, VILAYAT INAYAT KHAN AND CLAIRE RAY-BAKER, AT BUCKINGHAM PALACE FOR THE INVESTITURE OF NOOR'S GC AWARD IN JULY 1949
TOPFOTO

“[Khan] had to appear to be an ordinary citizen, yet her role was to move from flat to flat with her codebooks and wireless”

The George Cross has just celebrated the 80th anniversary of its creation and my affection for the decoration is immense. It is Britain and the Commonwealth’s most prestigious decoration for bravery not in the face of the enemy and its relevance is as great today as when it was instigated by George VI in 1940 during The Blitz. Although Noor Inayat Khan’s GC is owned by her family and does not form part of my collection, it is right that I share the story of a worthy award to a remarkable young woman in tribute to both her and to the honour.

Noor Inayat Khan, known to so many simply by her codename ‘Madeleine’, was the first woman secret agent to be infiltrated into Nazi-occupied France. Born in Moscow on New Year’s Day 1914, she was the eldest of four children. She came from a truly international family. Her Indian father had travelled to America in 1910, having originally intended to stay only a short time, but did not return to his homeland for another 16 years. He met his American wife when she attended his talk on Indian mysticism and they married on March 20, 1913.