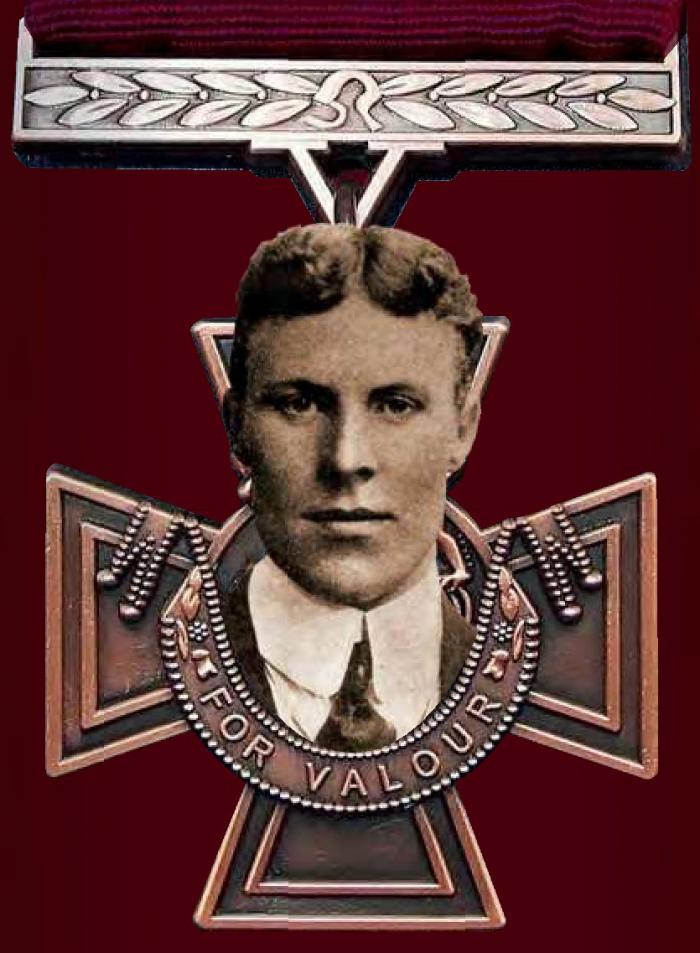 Lieutenant-Colonel The Reverend Bernard Vann remains the only Church of England cleric to be awarded the Victoria Cross as a combatant. Furthermore, he was one of only three Anglican clergymen to command an infantry battalion on the Western Front. Due to his unique place in history, I feel immensely privileged to be the custodian of this courageous man’s medal group, which I purchased privately in 2010.

Bernard William Vann was born in Rushden, Northamptonshire, on July 9, 1887. He was the son of a school headmaster, Alfred (better known by his second name of George) Vann, and his wife Hannah (née Simpson), who was also a teacher. The fourth of five boys, Bernard attended his father’s school, South End Elementary School in Rushden, where his mother also taught. Afterwards, he attended Chichele College in nearby Higham Ferrers, where his father was by then headmaster.

Both academic and sporty, Vann captained the football, hockey and cricket teams. After leaving school he worked at Ashby-de-la-Zouch Grammar School as a teacher and developed his talent on the pitch, playing centre forward for Northampton Town (and later playing for Burton United and Derby County). Relentlessly ambitious, he attended Jesus College, Cambridge, from 1907, where he was a hockey blue and a talented football player. He also earned a reputation for delivering passionate speeches, although they could be somewhat chaotic, too.