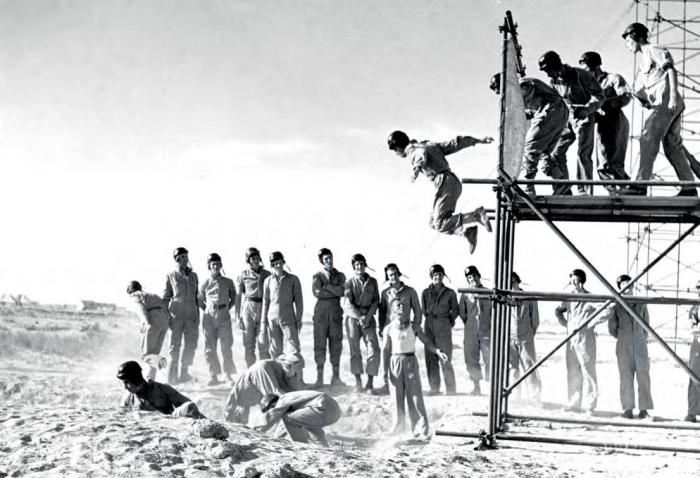 SAS RECRUITS LEAP FROM STEEL GANTRIES AS PART OF THEIR PARACHUTE TRAINING AT KABRIT, EGYPT
TOPFOTO

“After completing his parachute training, Byrne took part in ‘L’ Detachment’s first operational jump on the night of November 16, 1941”

Recipient of one of only a few Distinguished Conduct Medals gazetted to ‘L’ Detachment,SAS during the World War Two, by any standards Sergeant John ‘Jack’ Byrne had a quite remarkable war. Left for dead at the time of the Dunkirk evacuation, he became a founding father of the SAS and was captured, shot and brutally beaten, only to later escape a German POW camp in time to serve on D-Day.

When Christopher Hill of auctioneers Dix Noonan Webb was preparing Byrne’s medals for sale, he said: “If I could have only one Second World War medal group, I would be hard pressed to come up with a better one than this. One could not wish for a more representative medal group to capture the iconic image of your Commando hero than this man.”