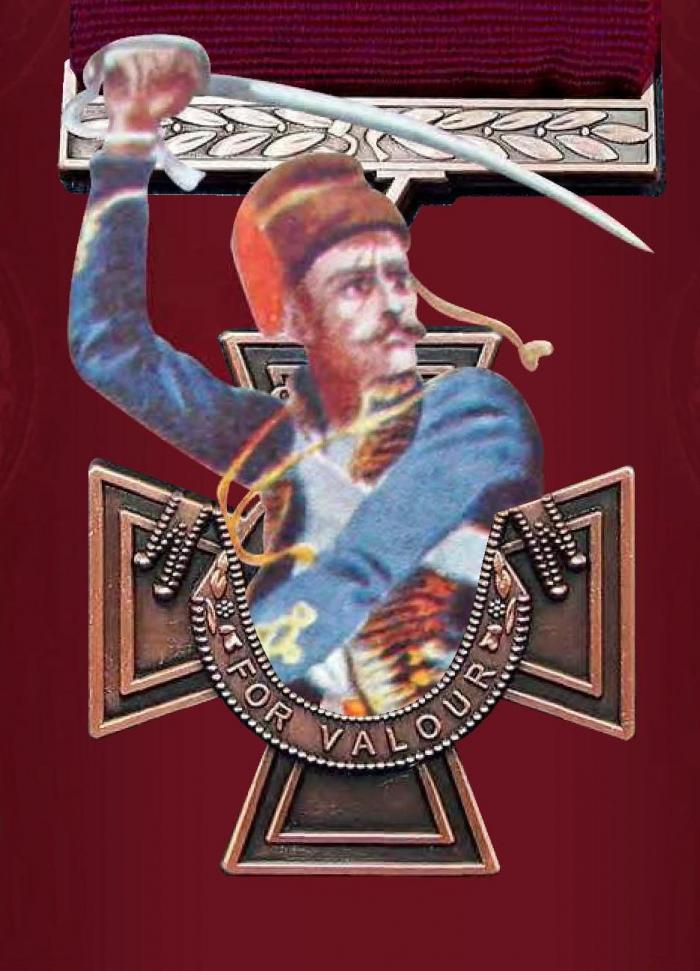 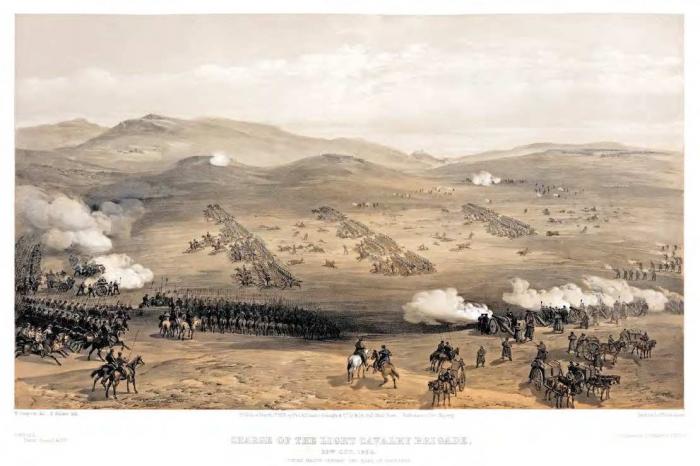 WILLIAM SIMPSON'S 1855 ILLUSTRATION 'CHARGE OF THE LIGHT CAVALRY BRIGADE, 25TH OCT. 1854, UNDER MAJOR-GENERAL THE EARL OF CARDIGAN', WHICH SHOWS THE RUSSIAN GUNS AHEAD OF AND ON THE FLANKS OF THE CHARGING LIGHT BRIGADE. SIMPSON WAS A SCOTTISH ARTIST AND JOURNALIST WHO HAD ACTUALLY WITNESSED THE BATTLE FIRSTHAND

"They were attacked by six Russians , whom Parkes kept at bay, and retired slowly, fighting , and defending the Trumpet-Major until deprived of his sword"

Samuel Parkes was the oldest man to be awarded the VC during the Crimean War, being decorated for outstanding bravery during the ill-fated Charge of the Light Brigade. During an eventful campaign, Parkes, who was 41 years old at the time of his VC action, was later a prisoner of war at a time when such a status was rare.