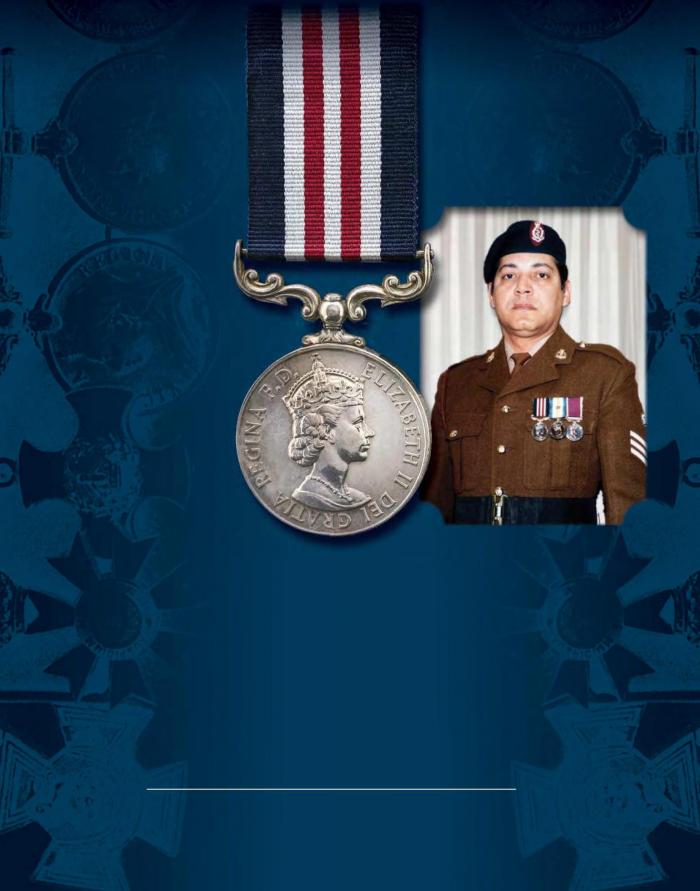 ALL IMAGES COURTESY OF LORD ASHCROFT UNLESS OTHERWISE NOTED

Staff Sergeant Peter Naya was decorated for an outstanding and prolonged act of bravery after the RFA Sir Galahad was bombed and set on fire during the 1982 Falklands Conflict. As a result of the attack on the British landing ship in Bluff Cove, 48 men, predominately from the Welsh Guards, lost their lives – the biggest single loss by the British during the conflict. A further eight men would perish in air attacks on the RFA Sir Tristram and LCU Foxtrot 4 the same day. Yet, had it not been for the courage of Naya and others like him, many more lives would have been lost and, today, I feel proud and humble to be the custodian of his medal group.

Peter Herlick Rene Naya, who was known by the nickname of ‘Pierre’, was born in Ocean Road Hospital in Dar es Salaam, Tanzania’s largest city, on July 4, 1945. He was one of five children born to Jules Rene and Rita Naya, who were strict but loving Catholic parents. Some 5ft 8ins tall, slim and handsome, Pierre was good-natured, charming, musical and a strong swimmer.