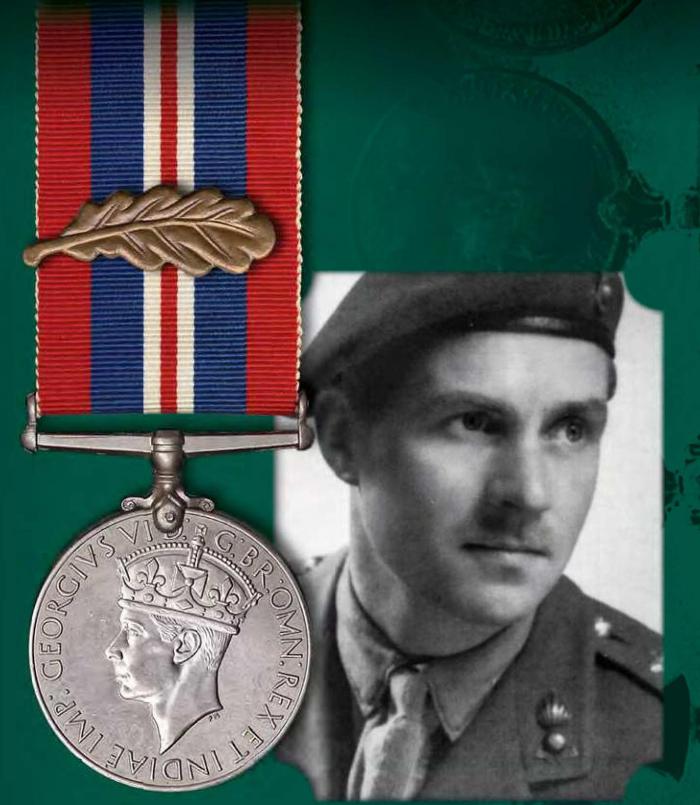 ALL IMAGES COURTESY OF LORD ASHCROFT UNLESS OTHERWISE CREDITED

It was only recently that I discovered that a French village in the heart of Brittany holds a ceremony every other year in memory of a British major and two other brave men.

I found it deeply touching that this ceremony has been held for the best part of 80 years because those living in and close to Querrien are determined that the courage of Major Colin Ogden-Smith is never forgotten: in a wonderful act of selfsacrifice, he gave his life to help rid France of its Nazi occupiers.

Ogden-Smith was born on August 30, 1910, the middle of three brothers. The sons of a fishing-tackle manufacturer, they were brought up in a prosperous area of East Croydon on the London outskirts. All attended Whitgift School in Croydon, were sporty, and fine shots. All three brothers, too, became territorial soldiers serving in the Infantry Battalion of the Honourable Artillery Company.