The remarkable story of two remarkable women, test pilots in the Third Reich’s struggle against the Allied cause, is told by Clare Mulley.

THE WOMEN WHO FLEW FOR HITLER | WORLD WAR TWO 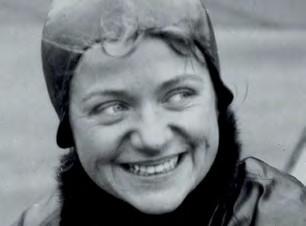 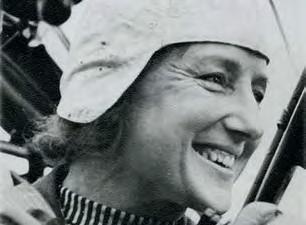 It was a cold, clear day in February 1936 when Hanna Reitsch sent her glider spiraling down to earth, scattering the crowds below. Enjoying herself, she then calmly rolled sideways, lifting into an elegant loop. The wingspan of her beautiful DFS Habicht, or Hawk, was wider than its length, the fuselage entirely white apart from the swastika on the vertical stabilizer of its tail. Hanna was among the group of German glider pilots assembled for the Winter Olympics, not to compete but to demonstrate the sport for approval for the planned 1940 Tokyo Olympics. Eventually she brought her ‘bird’ swooping down to land on the frozen lake where the world figure skating championships would soon take place. Then she climbed out onto the ice, shook her blond curls loose from her flyingcap, and paused, beaming around at the applause for her fabulous performance.