Museum of the Month

The original military vehicle museum was in a building in Exhibition Park, Newcastle which eventually became unsafe to use. A new home was found in Sunderland when it merged with the North East Aircraft Museum and is now on what was the domestic site of RAF Usworth, a Battle of Britain airfield. The bulk of the vehicles occupy a Romney building, a type invented during World War Two by the Royal Engineers and used on military sites around the world.

The collection has two unique experimental exhibits, a Morris Gosling and a Vickers Armstrong Squeeze Bore Gun, The Gosling amphibious trolley was designed to move parachutists’ radios and stores, the last survivor of ten built during the war. The experimental squeeze bore gun is mounted on a M1922 carriage for testing on the company ranges in Northumberland. The gun barrel diameter was 3.3in at the breach but 2.5in at the muzzle. The major problem was that the combination of pressure and velocity on the barrels wore them out very quickly in use. 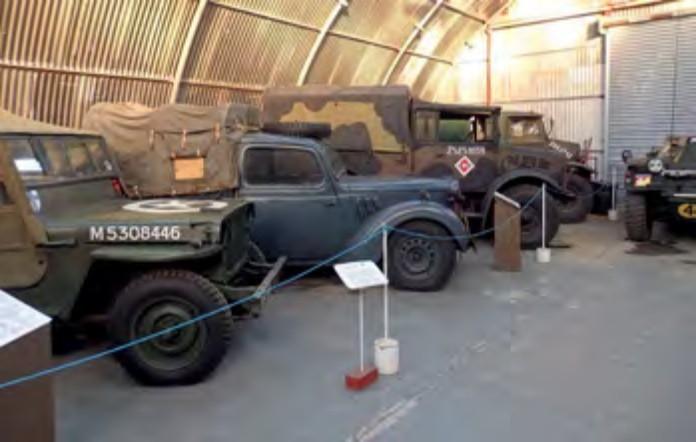 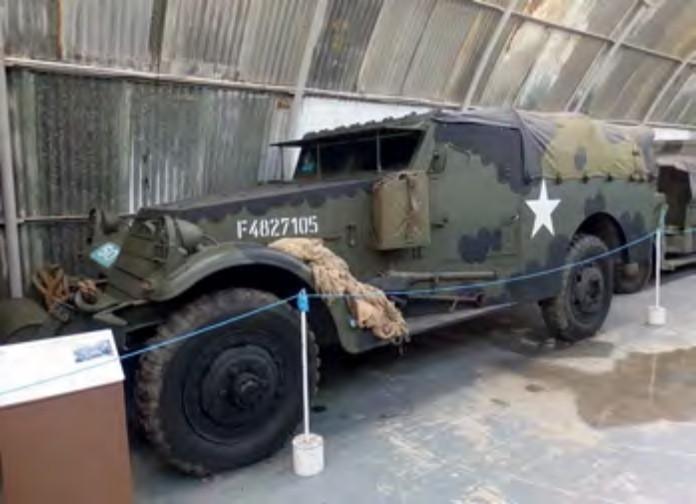 A White Scout Car in the markings of 50th Northumberland Division engineers, one of the museum’s late volunteers was the sapper radio operator in one of these when it was strafed by a Me109 during operation Husky - fortunately he survived unharmed 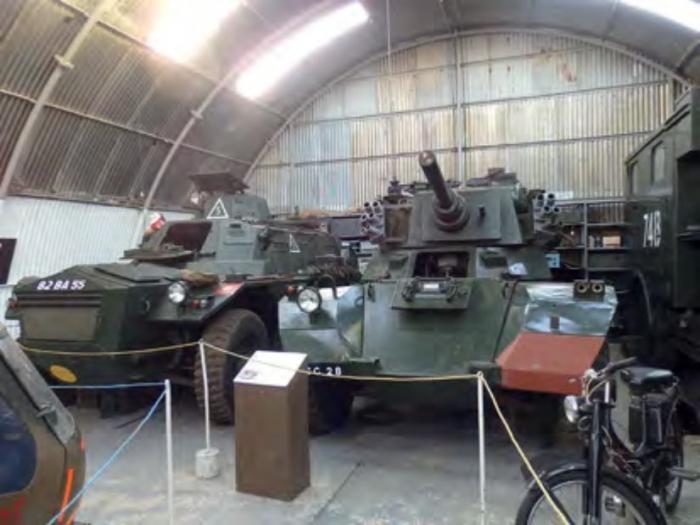 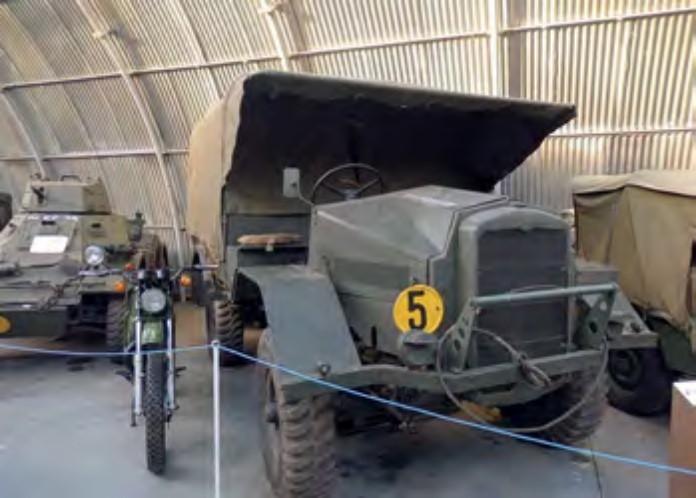 This Morris Commercial is an interesting exhibit 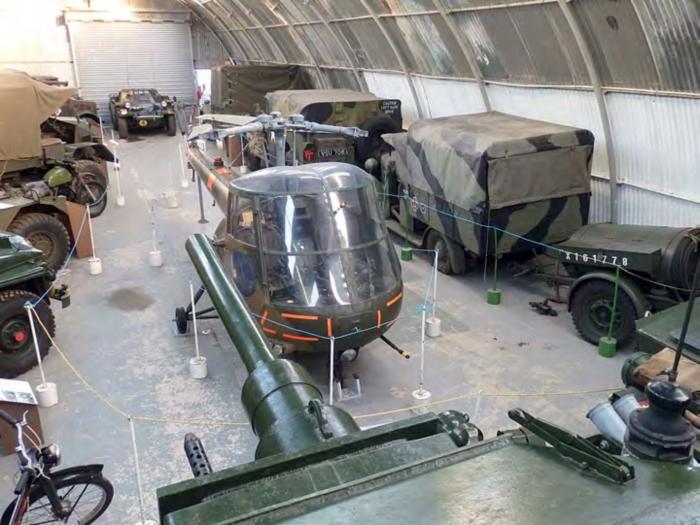 View from the top of the Saladin turret, of the vehicle hangar. A Saro Skeeter AO12 (the first helicopter used by the army Air Corps surrounded by various vehicles, a Dodge D15, White Scout Car, and replica of an Austin BYD towing a lightweight 100 gallon water bowser 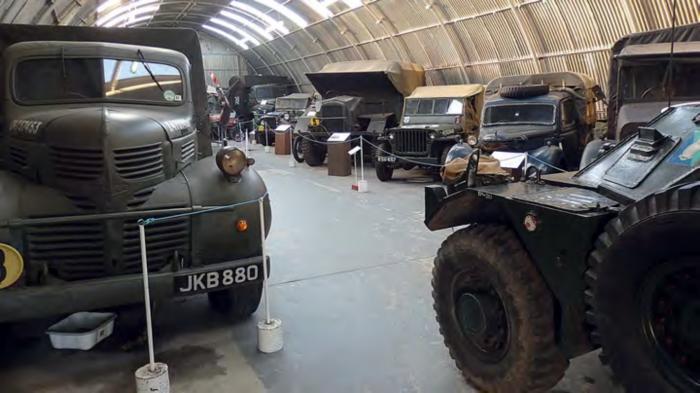 General view of the collection

Representing the local Northumberland and 15/19 Hussars is a Saladin, a Saracen two Ferrets - the Mk1 was reunited with the original Northumberland Hussar driver who used it in the 1980s. From the Falklands War there is an Argentinian Tigercat Missile System which complements a Pucara from the aircraft collection. The Air Portable Land Rover is ex-Royal Marines and was reputed to have been part of the task force.

From World War Two the museum has a number of locally-produced items, the 90cm Searchlight body was made by Clark Chapmans at Gateshead while the mirror was made by C A Parsons across the river in Newcastle. In Blitz Street is an AFS Sigmund trailer pump built in Gateshead, and a Coles EMA airfield crane built in Sunderland. Missing is an AEC Armoured Command Post or Dingo Scout Car that was bodied at Birtly, only a few miles from the museum. The display includes two Canadian vehicles: an early 11-cab wooden-bodied CMP and a Dodge D15, which represent the Canadian vehicles which were assembled and stored at Team Valley Gateshead, most disappearing in May 1944 prior to D Day.

The museum’s aircraft collection includes a Vulcan Bomber in addition to many post-war jet fighters, helicopters and other aircraft, other collections joining the museum on site include fire engines, two of which, a 1936 Leyland Cub and a 1942 Austin K2 Heavy Pump unit, served with Stockton fire brigade during World War Two. A Green Goddess would have also been used by the army during the firemen’s strikes. Finally there is a developing collection of trams and buses opening next year.

The museum is situated north of Sunderland on the A19, opposite the Nissan offices. It is open from 10am-5pm seven days a week from March until the end of October. Winter closing time - dusk NELSAM, Old Washington Road, Sunderland SR5 3HZ. 0191 5190662 www.nelsam.org.uk