LVT-4 to be named after World War Two veteran 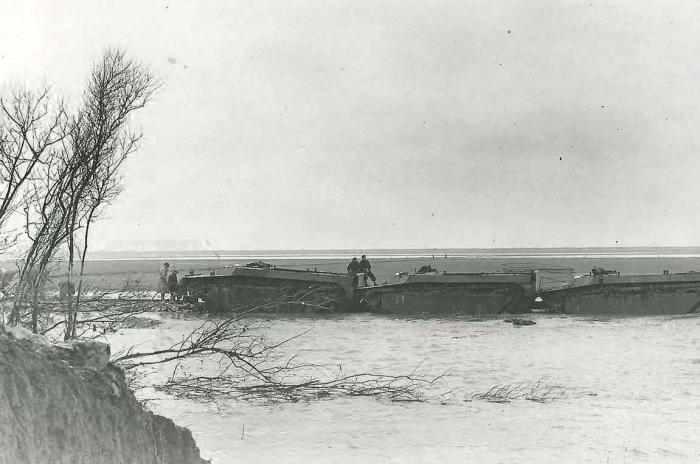 This historic picture shows the Crowland Buffalo (on the right) during the aftermath of the 1947 floods which left the village of Crowland, Lincolnshire, cut off from the rest of the country for about three months. It is believed the Buffaloes were lost and sank following a breach in the flood defence wall
DBS 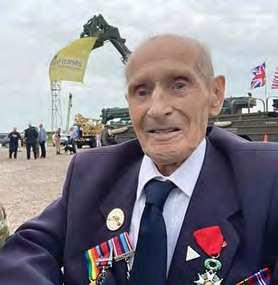 Ernie Covill during his visit to the Crowland Buffalo

The Crowland Buffalo will be named in honour of Ernie Covill, the World War Two veteran who drove the amphibious LVTs during the Rhine crossing in 1945.

Daniel Abbott, chairman of the Crowland Buffalo LVT Association (CBLA), told CMV of the decision following Ernie’s death. “The Buffalo will become a mobile memorial to Ernie, the 1947 floods and the Rhine crossing,” he said. “Ernie’s death was very sudden, and we believe this is the right thing to do as he spent a lot of time with these vehicles. When he came to view the Buffalo, he thanked us for letting him be a part of the story and told us he never thought he would see one again.”

Ernie, 97, from Boston, Lincolnshire, was diagnosed with cancer and died on August 12. He paid a visit to the Buffalo shortly after it was recovered from under 30ft of mud earlier in the year and shared some of his experiences with the team of what it was like driving one. “He thought it was in immaculate condition for its age and was telling us how to operate it and how to drive it and how to approach a riverbank if we ever got it running again,” said Daniel.

Meanwhile, plans to recover a second Buffalo next year were still ‘on track’ said Daniel. “Based on the evidence we have, we believe there are still three in the vicinity of the one we pulled out. 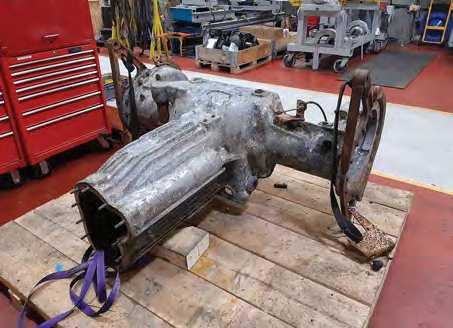 The gearbox is undergoing refurbishment at David Brown Santasalo in Huddersfield

“We’re aiming for April next year, dependent on the weather. Once recovered, we plan to leave the second Buffalo in the condition we pull it from the ground, obviously sealing it so it does not deteriorate further, and display it alongside the first one which will hopefully be restored by then.”

Work on the gearbox taken from the first Buffalo was progressing well. It is currently undergoing refurbishment at David Brown Santasalo’s (DBS) manufacturing facility in Huddersfield, UK. The company’s UK managing director,

Steve Watson, said: “I was delighted to have the opportunity to be involved and our specialist team are now working hard to restore the LVT gearbox to its original glory. “DBS is pleased to offer our services to the historical society free of charge and ensure the gearbox is professionally refurbished while ensuring it maintains its authenticity.”

To assess the condition of the gearbox, a trained DBS fitter was sent to analyse the LVT and its gearbox and provide an internal review of the requirements for the project.

“The gearbox was then transported to our facility in Huddersfield, where it has been stripped down, cleaned and evaluated,” said Steve. “The findings were that the gears themselves just need polishing and a thorough clean, but miraculously only have surface rust, proving how well the clay has preserved it. Our team are now awaiting delivery of the final parts and hope to complete the project by the end of the year.”

Daniel said the CBLA had so far raised £8,000 towards its goal of £20,000 for the restoration work. Once completed, the LVT will remain in Crowland for the benefit of the local community.

Anyone wanting to contribute towards the restoration of the Crowland Buffalo should visit: www.gofundme.com/f/crowland-buffalo-restoration-museum