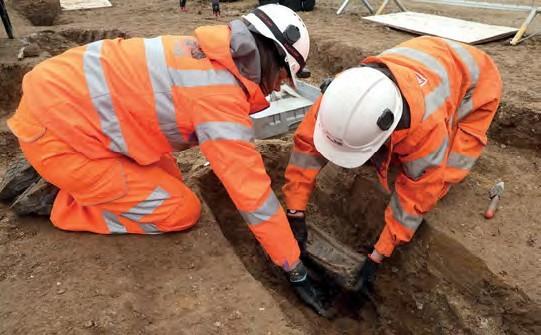 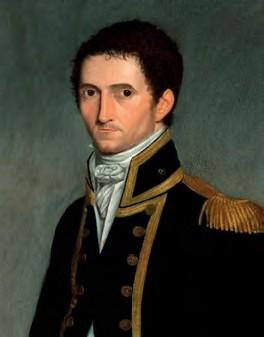 TO expand London’s Euston station – part of the High Speed 2 infrastructure project – have uncovered the lost grave of a Royal Navy legend. The grave of Captain Matthew Flinders, an explorer and navigator described by the National Museum of the Royal Navy as one of “those iconic characters from the golden age of the Royal Navy”, and the man who popularised the name Australia, had been lost for more than 180 years.

Archaeologists unearthed his distinctive coffin during work to clear a burial ground of the remains of 40,000 people. The recovery of Flinders’ unique lead depositum plate, inscribed with his name and placed on top of his coffin, has enabled the remains to be identified.

Flinders was interred in the grounds of St James’s Church, Piccadilly, on 23 July 1814, but the burial ground was some two miles from the church, beside Hampstead Road in Camden. The grave was lost by 1852, and by the late 1870s the ground had been redeveloped as St James’s Gardens. Part of this site was covered when Euston station was expanded numerous times in the 19th and 20th century, starting the enduring myth that Flinders was buried under platform 15.

Flinders was born on 16 March 1774 in Donington, Lincolnshire, and joined the Royal Navy aged 15. Expeditions to New South Wales established his reputation as a navigator and cartographer, and in 1798 he discovered the Bass Strait between mainland Nova Hollandia (Australia) and Van Diemen’s Land (now Tasmania), consequently shortening the sea route by several days.

Flinders was given command of the sloop HMS Investigator and sailed to explore ‘New Holland’ on 18 July 1801. All previously discovered land in the Southern Ocean, including Nova Guinea and Nova Zeelandia, was thought to be a single land mass. Flinders was joined by the botanist Robert Brown, among others, and was later joined by oft-forgotten Bungaree, an aboriginal and the first person to be recorded in print as being Australian. He had accompanied Flinders on a previous expedition.

The victor of a good-natured race with French explorer Nicolas Baudin, Flinders returned to Sydney on 9 June 1803, having completed his circumnavigation and establishing that New Holland was an island continent and separate from other known land masses.

Flinders was captured by the French at Isle de France (Mauritius) in late 1803 and held until June 1810. During this time, he completed his work and sent his first map – Y46/1 – to Britain in 1804. It contained Flinders’ first use of Australia. The explorer died in London on 19 July 1814, aged 40, the day after his atlas and accompanying book A Voyage of Terra Australis were published and never knowing his chosen name would be adopted.

Flinders did not name Australia (it had been in use since at least the 1770s), but he popularised the title and was the first to use it to refer to the continent alone, writing to his brother in 1804 and proclaiming: “I call the whole island Australia or Terra Australis.”

Historians and osteoarchaeologists will examine the skeleton to establish how life at sea affected Flinders. The exhumation works are the first step in constructing six new platforms at London Euston in plans to serve the London- Birmingham HS2 rail-link from 2026. In cooperation with the Church of England, the human remains will be reinterred in a single location within the circumference of the M25. 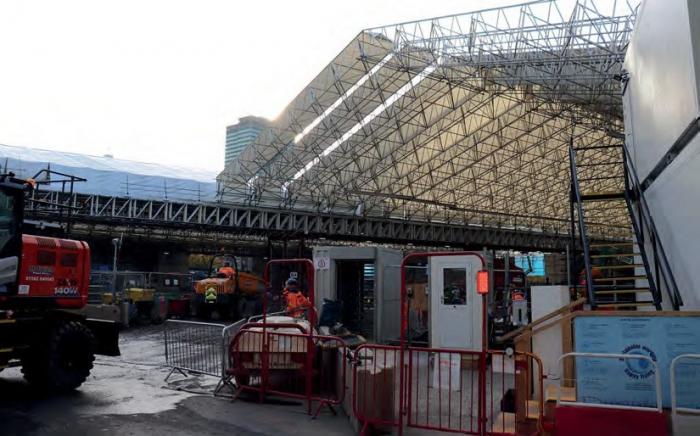 The site of the exhumation works to the west of London Euston station.
(COURTESY OF PHILIP SHERRATT)