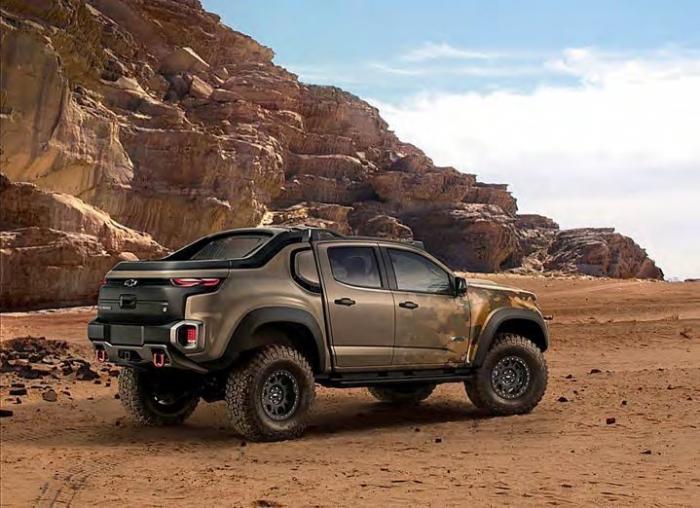 A Chevrolet Colorado has become a demonstrator vehicle for new technology developed through a partnership between General Motors and the US Army’s Tank Automotive Research Development and Engineering Centre. The truck is powered by their innovative ZH2 hydrogen cell. This technology means that power, delivered by an electric motor, is practically silent; stealth being the key advantage of this technology when it comes to military applications.

The ZH2 can export 25kw of continuous power and can produce, as a by-product, up to two gallons of water per hour, though this function is not in the demonstrator model’s remit. The on-board fuel cells can support long missions of up to 400 miles without the need of a recharge, and the vehicle can use any power source from jet fuel JP-8, solar, water, natural gas or traditional fossil fuels to generate hydrogen.

GM and TARDEC have conducted rigorous testing of the truck’s power to torque ratios as well as its acoustic outputs in different driving conditions, but the real test comes this year, when the demonstrator heads for end-user testing in the field, going first to Eglin Air Force Base in Florida, where special forces units will try it. Different functions within the armed forces will test the technology and investigate its potential application elsewhere, for example whether it might be used to power a remote field hospital or command post. Feedback will determine whether the technology is worth pursuing, but it may well herald a new dawn for military vehicles worldwide.