Inside the Platinum Jubilee

Christopher Joll finds out why her majesty’s armed forces are expected to have a reduced role in the Queen’s platinum jubilee when compared to similar occasions, and examines the one event where the Army will be front and centre 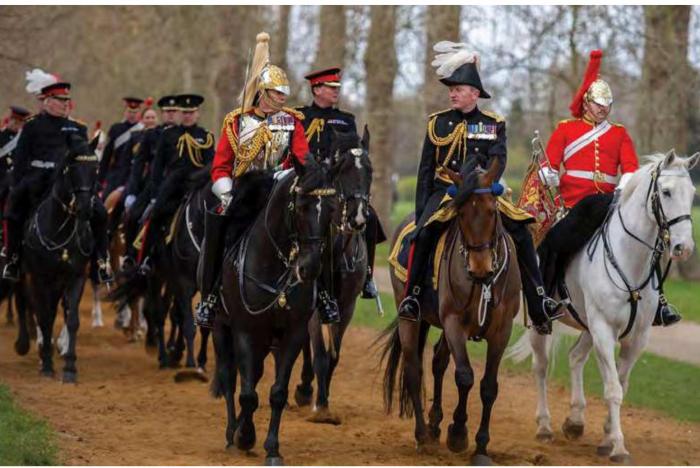 THE MAJOR GENERAL’S ANNUAL INSPECTION OF THE HOUSEHOLD CAVALRY, WHO WILL PLAY A KEY ROLE IN THE COMING PLATINUM JUBILEE, ON THE OLD FOOTBALL PITCHES OF HYDE PARK, IN MARCH. THE UNIT HAS ENDURED THIS TEST FOR CENTURIES; IT MUST PASS IT TO PARTICIPATE IN STATE CEREMONIAL DUTIES. THE MAJOR GENERAL (WHITE PLUME) IS CHRISTOPHER JOHN GHIKA CBE
MALCOLM PARK/ALAMY

It is a unique moment in our history. No previous British monarch has ever achieved a 70-yearlong reign, so there are no precedents for the format of the Platinum Jubilee, or the events to be held to mark it.

However, there are a number of features of the 2022 Platinum Jubilee year programme that have a grounding in tradition, having been drawn from the Silver, Gold and Diamond events that preceded it. These include a programme of public celebrations over a designated weekend in June, a Bank Holiday, street parties and the lighting of beacons.