IRONCLADS ACROSS THE VELD

Armoured trains were the first self-propelled land war machines, paving the way for the later use of wheeled and tracked military vehicles 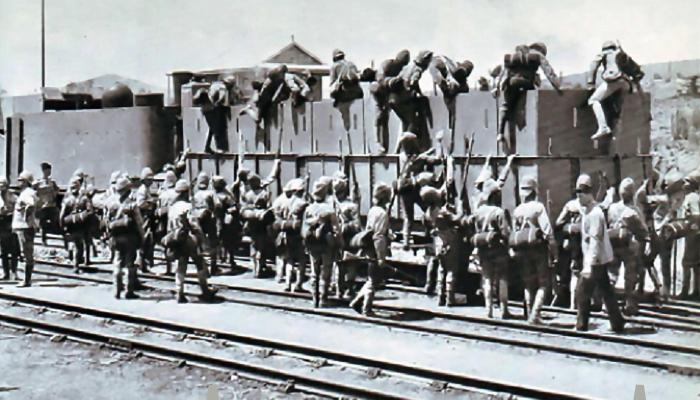 Armies around the world were quick to see the advantages of railways in warfare, whether for the deployment of men or the movement of heavy equipment like artillery. From here it was a short step to making the train a powerful weapon in its own right: a mobile fort or a battleship on rails. Armed and armoured, they became the first selfpropelled land war machines.

As long ago as 1847 – and again in 1849 – James Anderson, of Edinburgh, prepared and patented a series of plans, and further submitted a working model of his defensive rolling stock for the inspection of British engineers and artillery officers.

The British government, though, could not see its way clear to adopt the invention, so Anderson went abroad with his idea, with the result that these ‘ironclad trains’ were used in Europe on the field of battle for the first time in the Franco-Prussian War (1870).