One essential ingredient dictators need is for people to take them seriously – it boosts their importance and grandeur and without it they cannot succeed. So in the war against Hitler, the British deployed two age-old weapons – humour and ridicule! 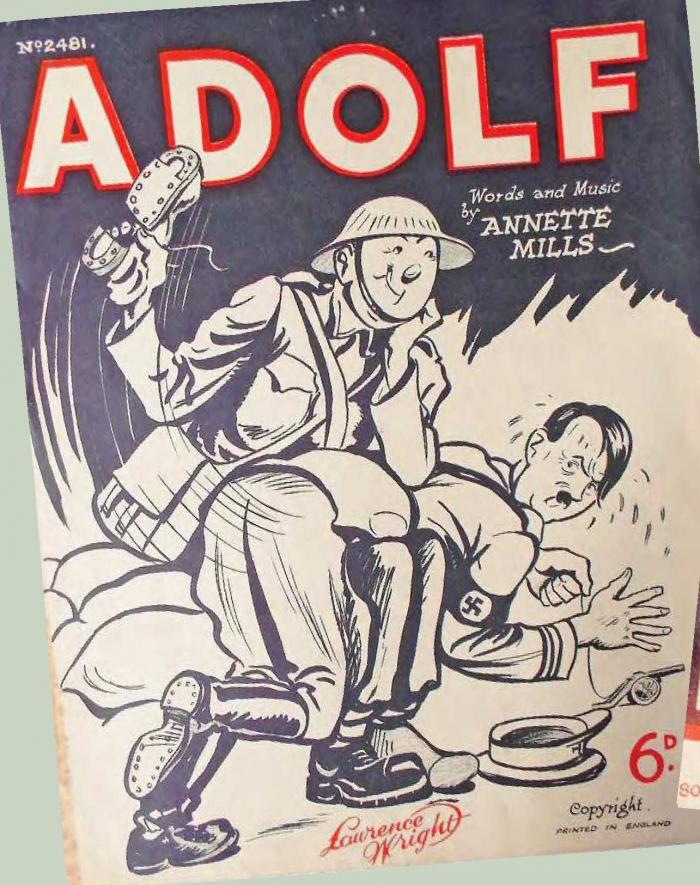 Perhaps the first famous jab at the Führer’s expense was the BBC radio sketch show, ITMA, first broadcast two months before the outbreak of war. The title of the show was an abbreviation of It’s That Man Again – already reference to Hitler, who had been hogging the headlines for several years. Although forever associated with the show’s host Tommy Handley, the term was actually a headline coined by Bert Gunn, an editor of the Daily Express.

Indeed, the press wasted no time in turning their words against Britain’s nemesis: the day after war was declared, the Daily Mirror printed a spoof wanted poster in its pages: ‘Wanted! For murder… for kidnapping… for theft and for arson – this reckless criminal is wanted – dead or alive’, complete with profile mugshots. However, by October 31, 1939, their ire had cooled, and they published a cut-out photo of Hitler, encouraging ‘Take a Smack at Adolf !’