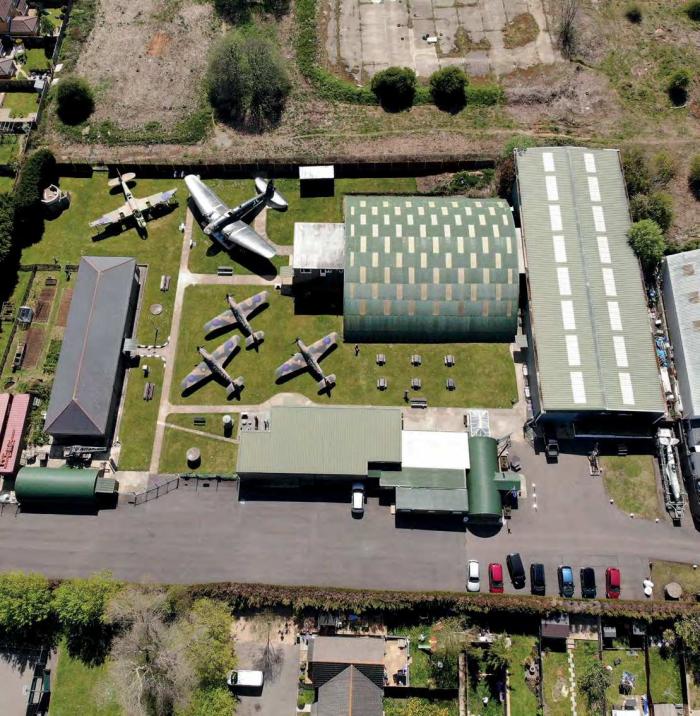 THE MUSEUM HOLDS FASCINATING REPLICA AND ORIGINAL AIRCRAFT
ALL IMAGES COURTESY OF THE KENT BATTLE OF BRITAIN MUSEUM, UNLESS STATED

“Never, in the field of human conflict, was so much owed by so many to so few,” said Winston Churchill in the midst of the Battle of Britain. He was paying tribute to the colossal efforts made by fighter pilots and bomber crews to defend Britain from the Luftwaffe’s onslaught.

And it’s these 3,000 men (the ‘few’) who are at the heart of the Kent Battle of Britain Museum in Hawkinge, which is dedicated to the heroes of 1940 and which draws visitors from around the world.

This impeccably curated museum goes to great lengths to explore the heart-rending stories of the hundreds of aircraft downed in the skies over Kent and further afield. One of just two UK museums dedicated to this pivotal air battle – which lasted from July 10 to October 31, 1940 – it’s home to a vast collection of memorabilia, with artefacts on display from more than 700 crashed aircraft.