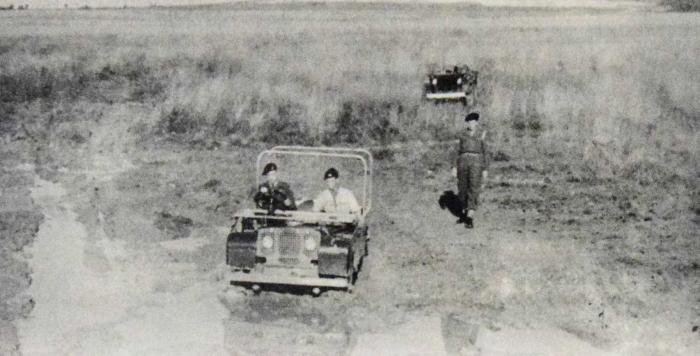 The Land Rover entering the mud patch during trials

While in the National Archives at Kew, London, looking for documentation relating to the development and testing of armoured vehicles used on D-Day, I stumbled across an important 1949 report that resulted in the ‘new Land Rover being approved for use by the British Military.

It had been filed away in the wrong place. If you tried to search for this report using the National Archives online search engine using words like ‘Land Rover’ this report would not appear in the results.

The search system is very hit and miss. The long-winded title of the document was: ‘Report No.63 SAE RAC. Final Report on Land Rover Troop Trials Task Instruction No 155.’ I was delighted when I found out it contained some photographs because many similar reports don’t. Unfortunately, on further examination, the photographs were not of the best quality.