THE LAST surviving New Zealander to have earned the Battle of Britain Clasp has died, aged 99, reports Geoff Simpson.

Bernard Walter Brown was born in Strateford, North Island, New Zealand, on 6 December 1917 and educated at the local technical high school. He went to work for the Post Office, but in February 1938 Bernie applied for a short service commission with the RAF. He was accepted and, later in the year sailed for England in the RMS Rangitane of the New Zealand Shipping Line, the ship later sunk by German surface raiders in November 1940.

Brown began his training at 5 E&RFTS, Hanworth, on 31 October 1938 and in January 1939 was posted to 5 FTS, Sealand. After completing his training, he went to No 1 School of Army Co-operation, Old Sarum, for a course on Lysanders, joining 613 City of Manchester Sqn at Odiham on 6 October 1939. Initially, the squadron was supplied with Hawker Hectors for its Army Co-operation role, with Lysanders beginning to arrive and operational status achieved in the spring of 1940.

On the 26 May 1940 Plt Off Brown was flying one of six Hawker Hectors tasked to attack gun emplacements near Calais. According to Men of the Battle of Britain by Kenneth G Wynn: “En route, he test-fired his forward gun but the omission of a split pin caused the muzzle attachment to fly off, penetrate the fuselage and hole the main fuel tank. Brown jettisoned his two bombs and turned back, making a forced-landing on Herne Bay golf course.”

Brown became one of the Army Co-operation pilots to volunteer for Fighter Command and arrived at 7 OTU, Hawarden, on 22 August 1940, converted to Spitfires and joined No 610 (County of Chester) Sqn at RAF Acklington on 3 September when the squadron had just moved north from Biggin Hill. On the same day, he was promoted to Fg Off and on the 20th of the month Brown went to Biggin Hill to join 72 Squadron. His operational career with the squadron lasted three days.

His Spitfire was shot down by a Me 109 over Gravesend and he baled-out, wounded, landing near Eastchurch. He was admitted to hospital and posted from the squadron to RAF Biggin Hill, as non-effective sick. Brown later instructed in Southern Rhodesia and returning to the UK in 1943 he joined Transport Command to become a ferry pilot. He transferred to the RNZAF and was released in 1945 as a Flight Lieutenant. He later became a First Officer on Dakotas with BOAC. Later moving to BEA, he retired in 1972 and returned to New Zealand. 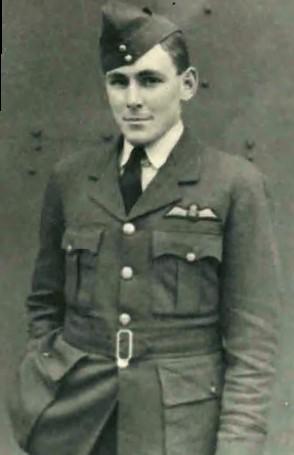 Flt Lt Bernard Walter Brown, the last surviving New Zealander to fight in the Battle of Britain, has died aged 99. 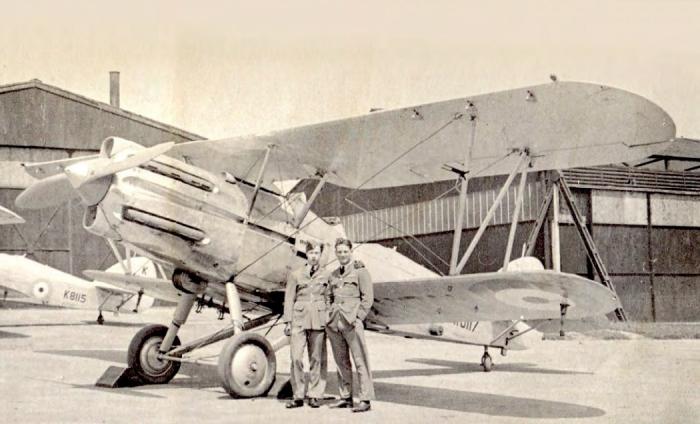 On 26 May 1940, Brown was sent off to dive-bomb Calais in an obsolete Hawker Hector.