LAUGH OR CRY: PART I

In part I of a series exploring humour among British troops during World War One, Peter Hart examines how macabre humour helped soldiers accept the realities of modern war 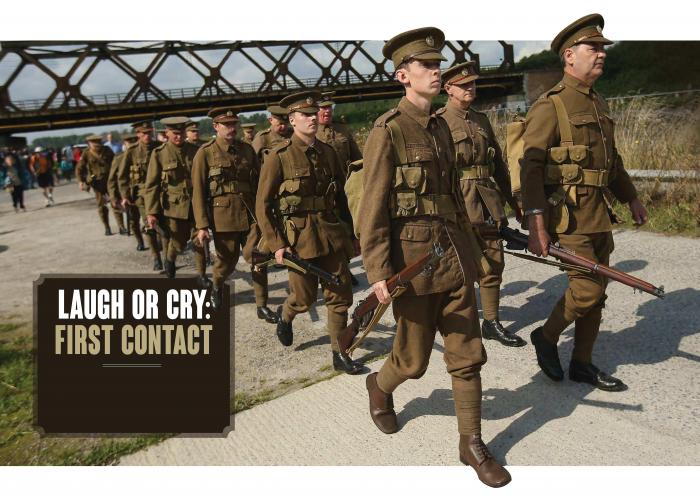 THE BATTLE OF MONS BROUGHT FIRST CONTACT BETWEEN THE BEF AND GERMAN FORCES IN A MAJOR ACTION. HERE, RE-ENACTORS IN BRITISH KIT MARCH FROM NIMY BRIDGE ACROSS THE CANAL THAT WAS THE CENTRE OF MUCH OF THE FIGHTING AROUND MONS
SEAN GALLUP/GETTY

Anyone who had contact with British veterans of World War One was soon made aware of the importance of humour in maintaining morale on the Western Front. Indeed, dry, black humour making each and every aspect of the war the butt of a joke, raising a faint smile in the most trying of times, could help instil a will to fight in the grimmest martial situations.