LAUGH OR CRY: FLGHTING IN THE TRENCHES

If the trench experience wasn’t nightmare enough, the very reason ‘Tommy’ was in France and Flanders brought more horror. In part four of their series, Peter Hart and Gary Bain show how humour persisted even in the most violent acts 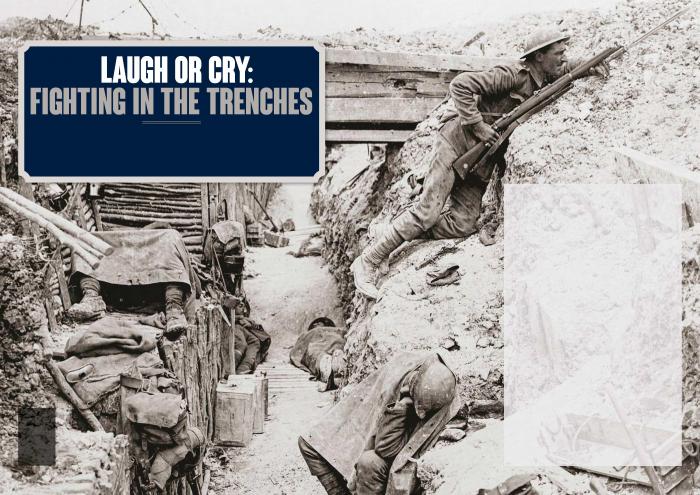 “’Let’s see how good he is with a tin hat!’, he said, hooking mine to his walking stick . The sniper responded and it spun to the trench f loor”

Trench life was one of routine. Stale tedium slashed by sudden moments of nerve-shredding terror. Days at the front were a trial, especially in winter, or when ‘active’: a word concealing multiple hellish realities.

The day started around dawn with ‘stand to’, as recalled by Sergeant Jack Dorgan of the 1/7th Northumberland Fusiliers: “Activities of every description stopped an hour before daylight. There was no whistle, no signals, but quietly every working party finished what they were doing, every patrol was brought in, and all sentries put on alert.