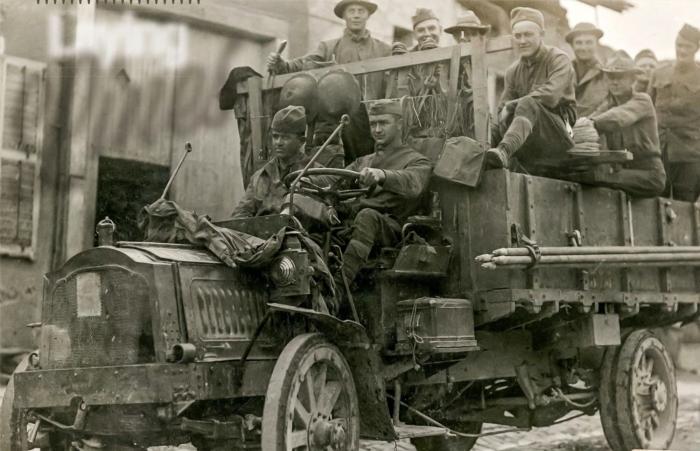 The three-ton Packard truck was one of the mainstays of the Telegraph Battalions. This well loaded example is taking a line crew out to their next job
pictures archive

In any military campaign the importance of reliable and clear communication cannot be overstated and as the American Expeditionary Force (AEF) embarked for France in 1917 some of the first troops to land were those of the US Army Telegraph Battalions.

Their orders were to establish, maintain and operate telegraph lines between the growing number of military camps, depots, warehouses and headquarters that were being built across the French countryside.