A French Berliet polygonal turret from a First World War Renault FT tank. The turret had been incorporated into the Atlantic Wall defences 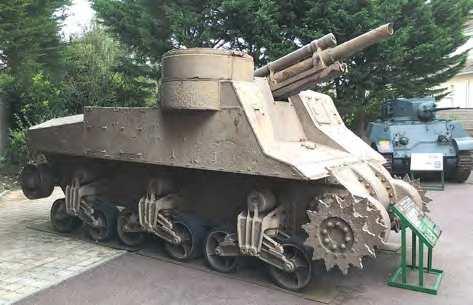 Landing craft PA30-31 used in the filming of Saving Private Ryan, with the British 25-pounder field gun to the right 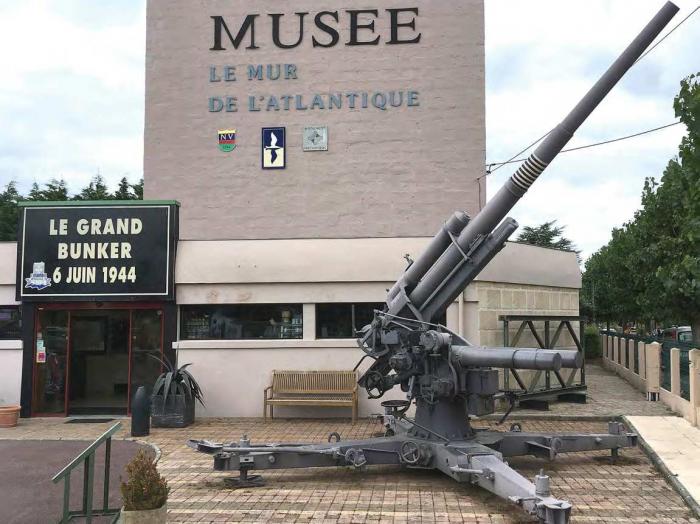 The entrance to Le Grand Bunker, along with the museum’s FLAK 36 88mm anti-aircraft gun

Many of us have probably dreamt about visiting Normandy over the past year. The usual way to arrive is by car ferry from Portsmouth to Ouistreham, approaching the coast much as the Allied invasion forces did on June 6, 1944, albeit in more comfort and safety. A short walk from the ferry terminal is Le Grand Bunker museum, a five-storey control and range-finding tower for two batteries of 155mm K420 (f) artillery covering the estuary of the River Orne, and part of the Atlantic Wall defences.

The tall bunker, built in 1943-44, looks incongruous among the modern houses and tree-lined streets of the Riva-Bella area but was surrounded by buildings in 1944 until Allied air raids demolished many of them.