A LESSON IN MILITARY HISTORY 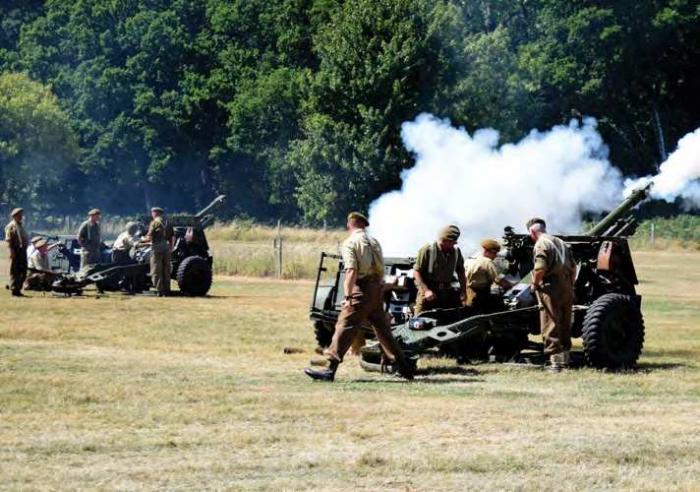 Planning for the second We Have Ways Fest started immediately after last year’s event, which was highly successful. The festival is hosted by Al Murray, comedian and military history enthusiast, and James Holland, the renowned author, historian, and broadcaster. They also produce a successful history podcast called We Have Ways of Making You Talk.

The Tank Museum curator, David Willey, gave a fascinating talk about the development and important operational role of the Matilda I tank during the invasion of France in May 1940

This year’s festival took place at Blackpit Farm, Buckingham, near the Silverstone racecourse from July 22-24. Tobin Jones and Tom Crawford, co-owners of Track and Wheel, a military vehicle servicing and restoration company, helped arrange the event.

They provided a lot of the infrastructure for the show, as well as bringing many military vehicles, tanks, and artillery pieces from their large collection. They also arranged for the attendance of re-enactors, more vehicles, additional artillery pieces, guest speakers and displays.