For five years before his untimely death, Captain ‘Johnnie’ Walker prowled the seas for U-boats. Allan George profiles a naval hero who rose from career wilderness to become Britain’s most successful submarine hunter 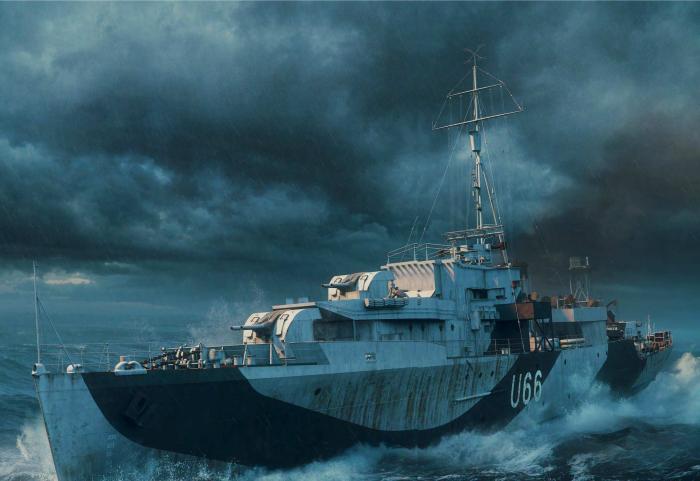 CAPTAIN WALKER’S HMS ‘STARLING’ STALKING THE ATLANTIC, IT WAS FROM THIS SHIP HE DIRECTED HIS U-BOAT HUNTING GROUP
ARTWORK BY PIOTR FORKASIEWICZ

Emphatic, interminable and ruthless, Captain Frederic John Walker, CB, DSO & Three Bars, was Britain’s leading U-boat hunter. Known as ‘Johnnie’ after the popular brand of Scotch whisky, he was an exceptional fighting officer and the battle that consumed him was one on which the fate of Britain rested.

Foodstuffs, arms, ammunition and raw materials flowed in from overseas, while equipment and reinforcements sailed out to Britain’s armies in foreign fields. This vital trade was steamed through the Atlantic, and Germany’s U-boats were strangling it.

But they would not have it all their own way. Ceaselessly hunting the undersea enemy with ruthless abandon, only death or peace would stop him, and the man charged with managing the lengthy campaign, Admiral Sir Max Horton, Commander-in-Chief, Western Approaches, said of Walker: “No single officer at sea did more than Frederic John Walker to win this battle, the hardest and longest drawn out of the war...