Route Hyena, an IED-strewn boneyard for vehicles, armoured or not, and watched by a hidden enemy that hungered to regain the initiative. Sean M. Maloney describes the months-long operation, that he witnessed, to try and tame the vital road and retake the Horn of Panjwayii. 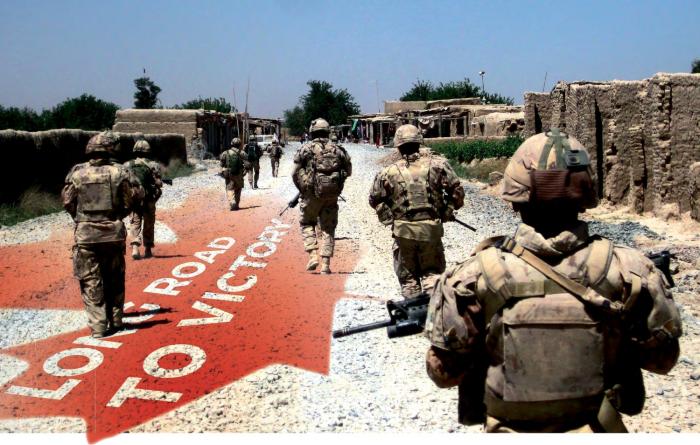 Infantry from ‘C’ Squadron Combat Team enters the town of Mushan. (ALL IMAGES VIA AUTHOR UNLESS OTHERWISE STATED)

Route Hyena had a bad reputation. For years IED dig teams had their way with traffic on it, their bombs turning Afghan National Army (ANA) pick-ups into twisted, bloodied, wreckage and disabling Canada’s Leopard tanks and LAV IIIs. On 28 November 2010 Major Eric Landry of 12e Regiment Blinde du Canada, officer commanding ‘C’ Squadron Combat Team, marshalled his vehicles in FOB Mas’um Ghar. ‘C’ Squadron was a motley mix of Leopard 1s and 2s, some equipped with rollers, others with ploughs. Badger Armoured Engineer Vehicles were in the lead, blades lowered to deflect or detonate mines. Behind them were route-clearance vehicles, the tractor-like Husky and ungainly Buffalo; the modern versions of Percy Hobart’s ‘Funnies’.