The WMIK Land Rover 'soldiers on' with the Parachute Regiment, writes Craig Allen 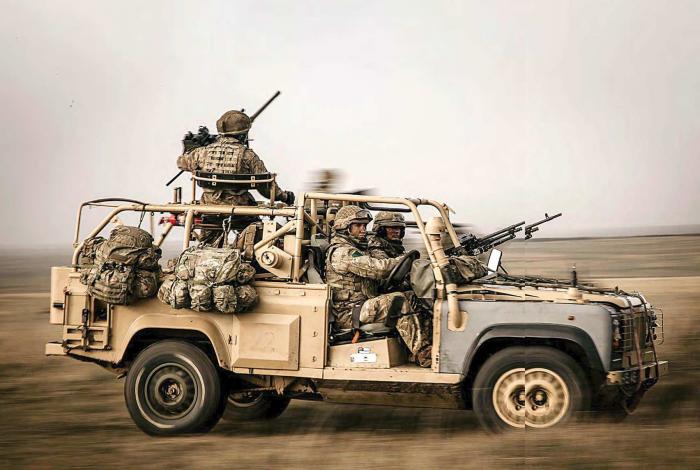 The R-WMIK employs speed, mobility and firepower to offset its lack of armoured protection

In aprevious piece in CMV I described the WMIK Land Rover's dramatic return to duty with the Parachute Regiment. This was despite the Jackal and more heavily armoured Foxhound having superseded it in the light patrol role.

In fact, the Paras had initially adopted the Jackal and also operated Foxhounds on force protection duties in Kabul before the final pull out last year. Then I heard rumours that the regiment might be re-adopting the WMIK due to its greater air-portability.

This was later confirmed by images from Exercise Askari Storm in Kenya which showed 3 Para WMIKs emerging from the back of a C130 Hercules. It seemed that the WMIK story wasn’t quite over yet and I guess you can’t keep a good design down.

There are several good reasons for this ‘about face’ on behalf of airborne forces. Firstly there is the question of weight and size. This has a considerable effect on the ease of moving these vehicles by air, either by transport aircraft or helicopters.