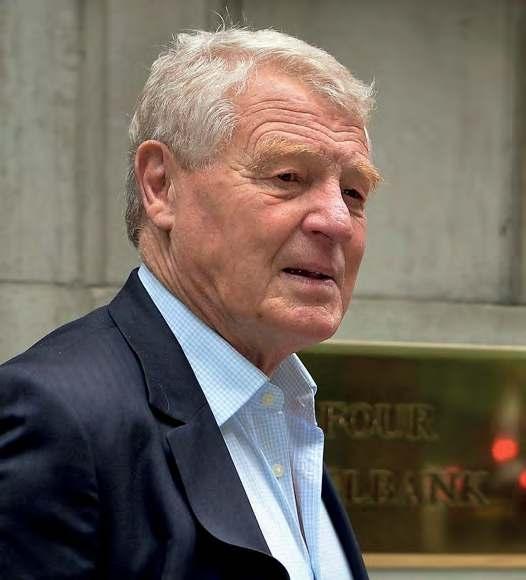 Jeremy John Durham Ashdown was born on 27 February 1941 in what was then British India. His father John William Richard Durham Ashdown (1909-1980) was an officer in the 14th Punjab Regiment and the Royal Indian Army Service Corps during World War Two. After the war the family moved to Northern Ireland and Lord Ashdown gained the name by which he’s better known – Paddy – while a border at school in England.

Lord Ashdown started his military career in 1959 in the Royal Marines. He served in the Borneo Confrontation (1963- 1966), trained as a swimmer canoeist and joined the Special Boat Section (now Special Boat Service). He retired in 1972 with the rank of captain.

Lord Ashdown was the Liberal (and then Liberal Democrat) MP for Yeovil in Somerset, from 1983 to 2001 when he took a seat in the House of Lords. As leader of the Liberal Democrats from 1988 to 1999, Lord Ashdown’s sense of justice and understanding of military affairs saw him call for intervention in the Yugoslav wars of the 1990s at a time when most politicians remained aloof. Lord Ashdown visited the front line numerous times to gain a deeper understanding of the conflict. His expertise was noted by the international community and from 2002 to 2006 he served as High Representative for Bosnia and Herzegovina, a position created with sweeping powers to oversee the implementation of Dayton Peace Accords that ended the Bosnian War (1992-1995). “Bosnia is under my skin, and still is”, he told the Guardian newspaper in 2005. “It’s the place you cannot leave behind. I was obsessed by the nightmare of it all; there was this sense of guilt, and an anger that has become something much deeper over these last years.”

As an historian and author, Lord Ashdown’s books include A Brilliant Little Operation: The Cockleshell Heroes and the Most Courageous Raid of World War 2 (2012), and Game of Spies: The Secret Agent, the Traitor and the Nazi (2017). His most recent title, Nein!: Standing up to Hitler 1935–1944, was released in October.

Paying tribute, former Prime Minister John Major described Lord Ashdown as “a man of duty, passion, and devotion to the country he loved – right up to the very end.”