LOST BUT NOT FORGOTTEN 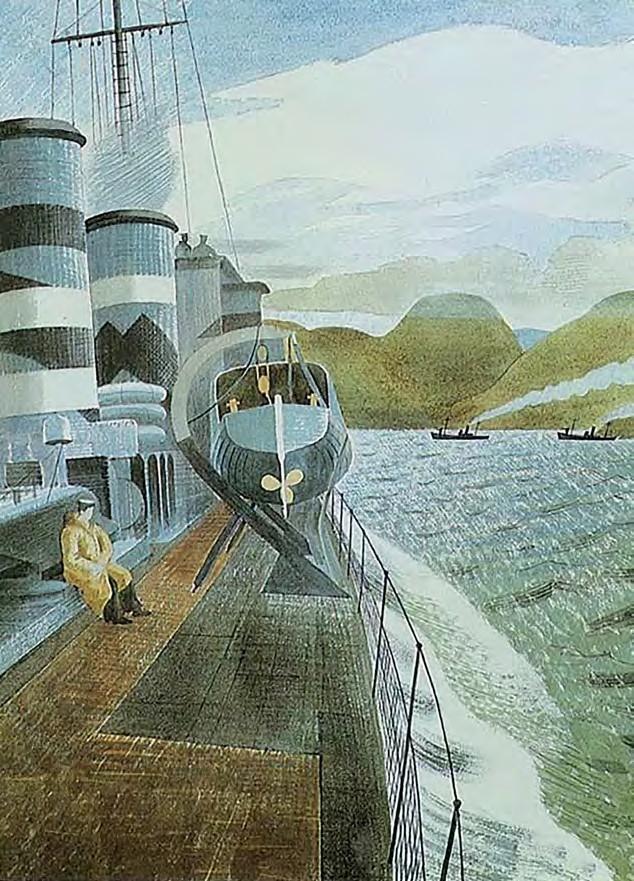 Aboard HMS Highlander, adorned in dazzle paint camouflage, as she leaves Scapa Flow for Norway in 1940.

As a renowned artist who was regarded as one of the most accomplished watercolourists of the Twentieth Century, Eric Ravilious was tragically lost in the prime of his creative career during the Second World War. Known for his ‘Englishness’, and love of the countryside, Ravilious enjoyed life to the full. Painting, printmaking, designing ceramics and book illustration were all combined with his passion for dancing, sport and socialising. He was also renowned for being a habitual whistler.