TWO TRIUMPHS of British engineering bowed out of service with the Royal Navy in March, the Westland Lynx, and the BAC developed Sea Skua.

After 41 years’ service with the navy, the last four Lynx of 815 Naval Air Squadron, based at RNAS Yeovilton, toured southern England on a farewell flypast lasting five hours. The ubiquitous helicopters have logged 490,000 miles in their decades of service as the mainstay of the Royal Navy’s helicopter operations. Likened to a ‘sports car’, the sprightly helicopter served in every British operation since the Falklands, and was widely exported. The remarkable aircraft still holds the official airspeed record for helicopters, 400.87kph, set in 1986.

The farewell flight came shortly after the last live-firing, and only the third since 2000, of the Sea Skua anti-ship missile, described by the navy as ‘the most successful weapon in the Royal Navy since World War Two’. The Type 23 frigate HMS Portland dispatched its Lynx, armed with three of the historically significant missiles, to attack a ‘killer tomato’ – a large red target buoy used for gunnery practice. The Lynx lifted off and proceeded to ensure the nearby area was clear of shipping, before engaging the target. The missiles set to skim the target and explode harmlessly away so the frigate’s guns could be brought to bear for additional training.

The missile, designed primarily as a helicopter-borne air-to-surface missile, was rushed into service for the Falklands War. The lightweight Sea Skua could be mounted in fours on the Lynx, and, skimming along the ocean surface at speeds close to the speed of sound, the oft-exceeded maximum range of 15 miles gave the Royal Navy’s destroyers and frigates a powerful anti-ship tool.

However, the crowning moment for the highly effective system came during the First Gulf War. On 24 January 1991, a single Sea Skua-armed Lynx sank two Iraqi minesweepers off Quarah Island. Five days later, 17 Iraqi vessels were engaged by four Lynx’s armed with the missile off Failaka Island, sinking two, damaging numerous others, and dispersing the flotilla ready for follow-up attacks. The Royal Navy helicopter attack is widely attributed to have singlehandedly broken the back of the Iraqi Navy.

A force of seven Iraqi ships, including three tank landing ships armed with surface-to-air missiles, was detected in the same area the following day. Three were sunk and two damaged by four Lynx, with Sea Skua missiles. One damaged vessel, the third landing ship, was later sunk by RAF Jaguars. Sea Skua hits accounted for another three Iraqi vessels sunk, and a fourth damaged. In all, fourteen targets were hit by Sea Skua throughout the war. Lynx XZ720, which can be seen on display at the Fleet Air Arm Museum, hit five targets in three days during the conflict, the agile helicopter firing on Russian-built Iraqi landing ships while flying just 20 feet over the water.

The Lynx remains in service with the British Army and in the armed forces of several nations. The Wildcat, which cannot use Sea Skua, has replaced the Lynx in the Royal Navy, but the type will carry the new Sea Venom and Martlett anti-ship missiles expected to enter service in 2020. 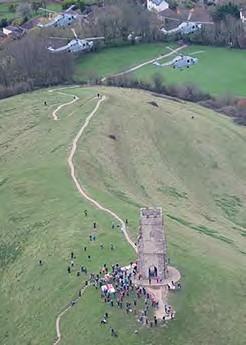 Four Lynx of 815 NAS pass over Glastonbury Tor on their last flight. 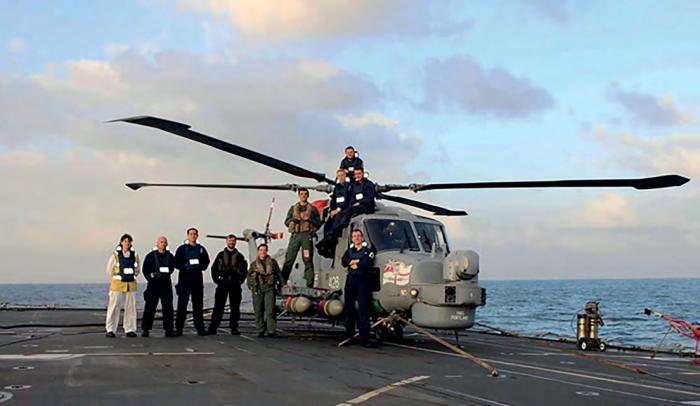 The flight crew and support team for HMS Portland’s Lynx, prior to the last Sea Skua missile firing.
(BOTH IMAGES CROWN COPYRIGHT) 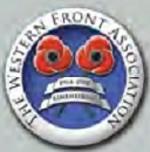 A fascinating insight into little-known but vital war work will be given in ‘Top Secret – British Boffins in World War One’, by Dr David Rogers, 15 May at 20:00. Venue: Royal Naval Assoc Building, 73 East Street, Southend SS2 6LQ. Contact: 07702 507199 johnbakerwfa@gmail.com