It’s 20 years since the death of Ivan Hirst, the Royal Electrical and Mechanical Engineers major whose impact on the world of 20th-century vehicle transport, in general, was huge. Richard Gunn looks at the life of the man who saved Volkswagen

Most vehicle manufacturers have some military history, often forged during times of conflict, when production is turned over to the war effort. But few have quite so substantial a back-story as Volkswagen. The impetus for the organisation and its best-known product, the Beetle, infamously came from Adolf Hitler, and even from the earliest days of the car’s 1930s’ development, military versions were always envisaged. These came to fruition during World War Two, with Beetle-based offshoots such as the Kübelwagen, Schwimmwagen and Kommandeurwagen. 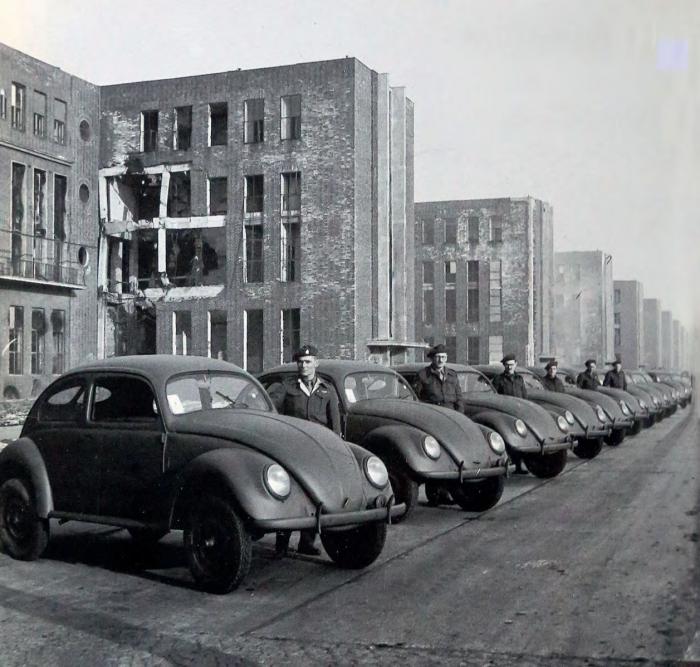 British officers (including Maj Ivan Hirst, second one along) with Type 51 Beetle variants. These had a raised ride height as they used a Kübelwagen chassis instead of a standard saloon platform

‘If you think you’ll ever get cars built here, you are a bloody fool, young man’