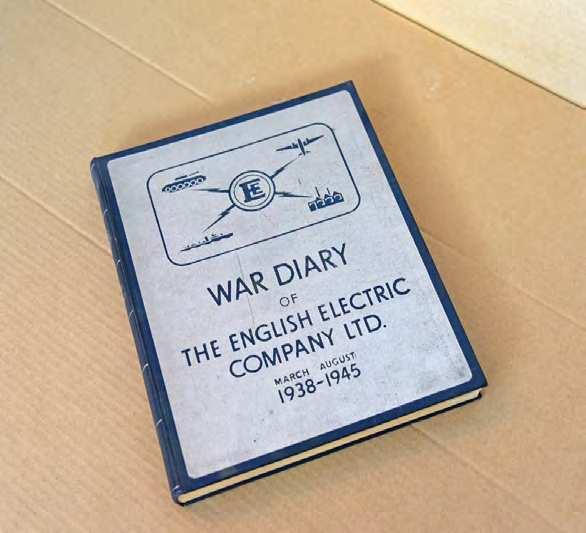 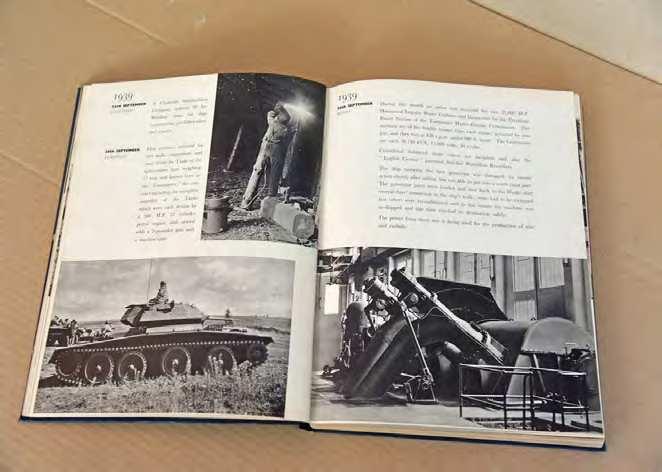 This month’s collectable book has a drab and dusty cover and a dull blue spine with only a small logo and the words ‘War Diary’ on the front.

Quite how the words War Diary caught my eye when I spotted it in a secondhand bookshop, I don’t know but once I’d had a flick through I confirmed that this book was coming home with me.

It is the official War Diary of the English Electric Company Ltd and covers the period between March 1938 and August 1945. English Electric was a British industrial manufacturer formed following World War One through the amalgamation of five separate businesses that had been making munitions, armaments and aeroplanes.