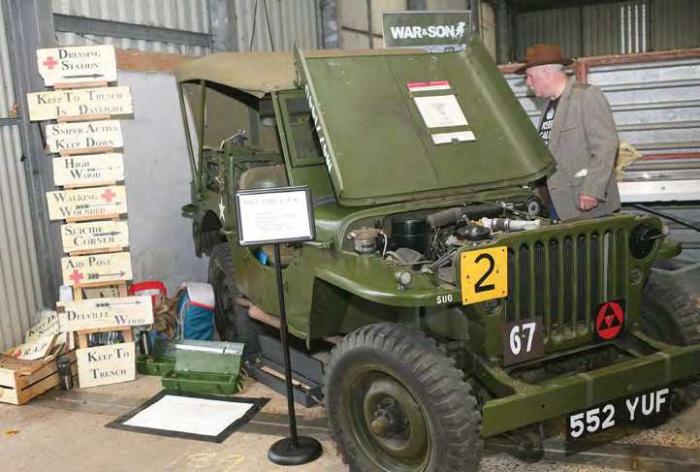 Jeeparts had one of the largest stands at the event; an Opel saloon, camouflaged up, was for sale; original artwork from Roy Kirkpatrick 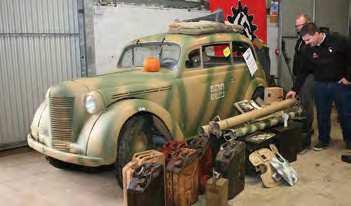 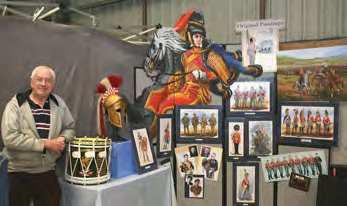 It has been a while since I attended Malvern Militaria and had been looking forward to visiting again. Judging by the long queue to enter at the 9am opening time – which was soon dealt with – so had lots of other enthusiasts. The event is held in the Wye Hall on the Three Counties showground and it was good to see familiar faces and also new ones.

I often wonder what the classic military vehicle scene would be like if the Jeep had never been built? Here is a vehicle that can be kept and even restored in a suburban garage, is easy to drive, not difficult to purchase and has proven to be a good investment. I’m probably showing my age when I say that I was amazed when the price of a decent example climbed to £500. The popularity of the Jeep means there are several companies providing replacement parts. Two of these – Universal Jeep Supplies of Surrey and Jeeparts UK of Colchester – were in attendance. As to actual vehicles, the only example at the show was on the stand of War and Son, surrounded by a number of quirky reproduction signs. Of course, restoring a vehicle and giving it a flashover of khaki paint isn’t the end of the story. It will possibly need new canvas and Canvasco, run by John and Mary Worthington, has been producing replacement military canvasses for many years. The correct signage finishes the job off and Adrian Robins of Stencilade originally cut his stencils by hand but now has them lasercut, giving a more accurate finish. But it wasn’t all World War Two stuff at the evnt: on one stall I spotted some wellcrafted World War One trench art brass vases together with other items.