The man on the train

Further to your article entitled “Brief Encounter” in the latest edition of Classic Military Vehicle, I was the “mystery CMV reader” that you refer to.

I used to travel from London to Crewe at least once a week and over the years I have met all sorts of people - politicians, footballers, musicians, reality TV ‘stars’, celebrity chefs, actors and so on.

Some of the journeys were great but others were very hard work; two hours trapped next to a Liverpudlian comedian with him telling jokes non-stop was particularly testing. Meeting David and his colleagues was, however, both an honour and a pleasure. The journey flashed by and I really didn’t want to get off the train.

David is a natural story teller who has an incredible amount of experiences to draw on. He also has tremendous spirit and a great sense of humour. He told me about a school visit that he did recently and when he told the kids about living on a Normandy beach for three months, one little girl said to him “but how did you recharge your mobile phone”?

He also, had some interesting thoughts on our American cousins during the Battle of the Bulge. Apparently, their approach to establishing whether people were Allied troops or Germans in US uniforms and speaking English was to ask general knowledge questions such as who won the World Series in 1938 - not the sort of things that a bloke from Manchester knows.

I am really pleased that the military vehicle community has been able to help David. Anybody who can blag two puddings off the train staff is a top bloke as far as I am concerned! 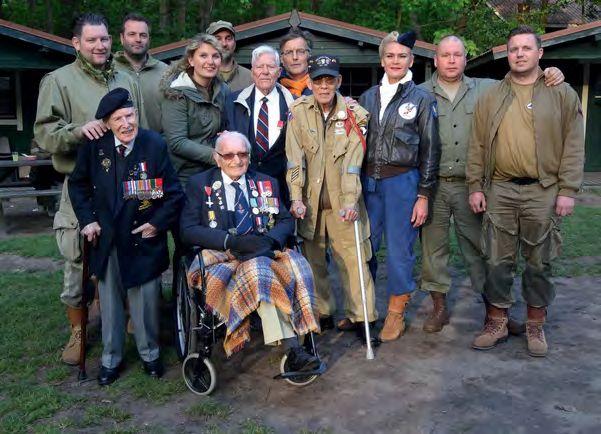 David Leon Teacher, at 93, making friends wherever he travels

Fantastic, thank you for emailing and for pointing David and co our way. I take your point about the ‘World Series’. There’s a movie called Battleground about the Battle of the Bulge. One US soldier shouts out to some others, “What’s a hot rod?”

The other answers, “A hopped up jalopy…” and so passes the test.

Hot rods didn’t get to Britain for another 25-30 years - I mentioned this once in something I wrote about car culture so it’s nice to hear it borne out as the sort of questions that were being asked.

Thanks again - by the way, all us scousers think we’re comedians! John c